Taking a DUI Case to Trial 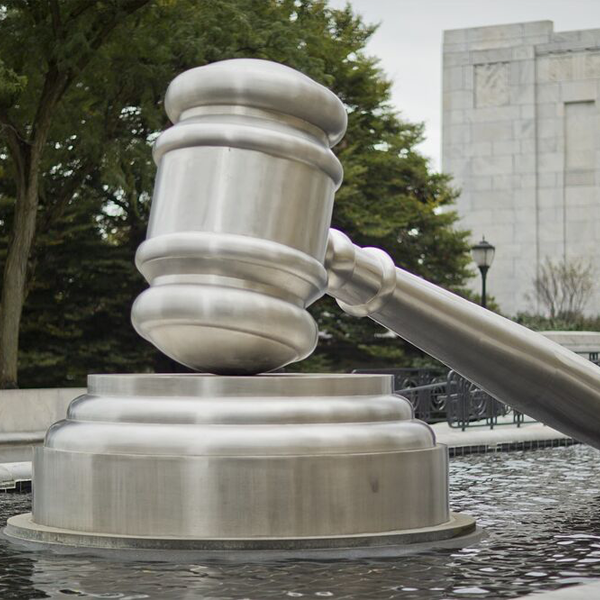 If you think a proposed plea deal isn’t good enough, you have a right for you and your St. Augustine DUI attorney to take your case to trial. But if you do, you should know what you’re getting into.

When and why would you want to take your DUI case to trial? The fact is, a great, great many DUI cases are resolved without a trial through plea bargaining. There are several reasons to go down that path:

But if few of the things above are true, it’s absolutely your right to go to trial to prove your innocence. And it’s the job of your St. Augustine DUI lawyer to defend you to the very best of their knowledge and abilities.

If that’s the direction you’re thinking, here’s a primer. It could be that this is the first time you’ve ever been in court, and you’re looking for the same trial experience you see on TV and in the movies. TV and movies, by their very nature, are supposed to be fast-moving, compelling, and loaded with big personalities and “on the edge of your seat” drama.

No offense to judges, lawyers, and courtroom personnel, but real trials aren’t going to win any Emmys. They are slow. They are dry. They are procedural. They are formal. And they are professional. Even if you do have some prior experience in court, you’re going to find that a DUI trial is a much different affair than a quick, misdemeanor court appearance. They go for days and can be much more intimidating.

Ultimately, it’s your call. But rely on the advice of your St. Augustine DUI attorney. They’ll know if you have a potentially strong case. They’ll know the prosecutors and the judges. They’ll know how backed up the court docket is and how long getting to trial will take. If you choose a trial, you’ll also have to choose between a jury trial or having your case decided by one judge (a “bench trial.”). Typically, defense attorneys prefer jury trials. But there are pluses and minuses to both.

So let’s step through your trial. First there’s jury selection. The prosecutor and defense attorney ask potential jurors some questions and decide whether they want to dismiss jurors. Each side has a limited number of dismissals they can claim, and they can dismiss for two reasons. “Peremptory challenges” allow dismissals for pretty much anything except race, ethnicity, or gender. “Challenge for cause” is dismissal because of a juror’s bias, prejudice, or some other reason the juror should not serve. There’s no limit to the number of challenges for cause you get, but the court decides if the reason is valid. The goal is to have a jury that’s impartial and will do nothing but follow the law when deciding the case.

Next comes opening statements. The prosecutor and your DUI defense attorney give the jury a sort of preview of the evidence they intend to present. Don’t freak out if you don’t hear any legal arguments, this is just an outline of coming attractions.

The good news for you is the burden is on the state to prove you committed the crime of DUI “beyond a reasonable doubt.” What does that mean? It means there’s a real possibility in the jury’s mind you aren’t guilty. The bad news, there’s quite a stigma in our society against people accused of drunk driving. Juries shouldn’t be biased but…it’s a reality that has to be overcome.

The prosecution goes first. You might hear testimony from the arresting officer, witnesses who saw you driving, hear about the blood alcohol or urine test, see photos or videos of the stop, field sobriety tests, and arrest. There may also be expert witnesses who analyzed samples. Be warned, these are experienced, professional witnesses for the prosecution who know how to frame things a certain way. Anyway, the prosecution questions these folks through direct examination, then your lawyer can cross examine to try to cast doubt on the testimony.

Then it’s the defense’s turn. In many cases, the strategy is to cast doubt on the state’s evidence as opposed to presenting your own evidence. In 2007 the California DUI Lawyers Association did a DUI jury research project that showed one of the arguments that resonates best with jurors was failure of the police to follow proper guidelines. Still, your defense might also present witnesses, expert witnesses, photos, and videos. Anyone your team puts on the stand the prosecutor gets to cross examine. You, the defendant, do not have to testify.

The judge then goes over the legal standards the jury has to use to decide the case. They privately deliberate and try to come up with a unanimous verdict. If they do, the foreman informs the judge there’s a verdict and it’s read in court. If you’re found not guilty, the case is over. If you’re found guilty, the judge will sentence you based on the state’s DUI laws. If the jury can’t reach a unanimous verdict, the judge declares a mistrial. At that point, the case will be dismissed or the prosecutor can decide if it’s worth it to go through another trial with a different jury.

Again, while your St. Augustine DUI lawyer can certainly advise you as to the strength of your case and the wisdom of doing so, taking your case to trial is a decision that’s entirely in your hands. Proceed with knowledge. And why not already have a DUI lawyer picked out just in case the unexpected ever happens? Put the name and number of Shoemaker Law, DUI lawyers in St. Augustine, at 904-872-SHOE in your wallet or phone today.