How Can I Defend Myself Against a DUI? 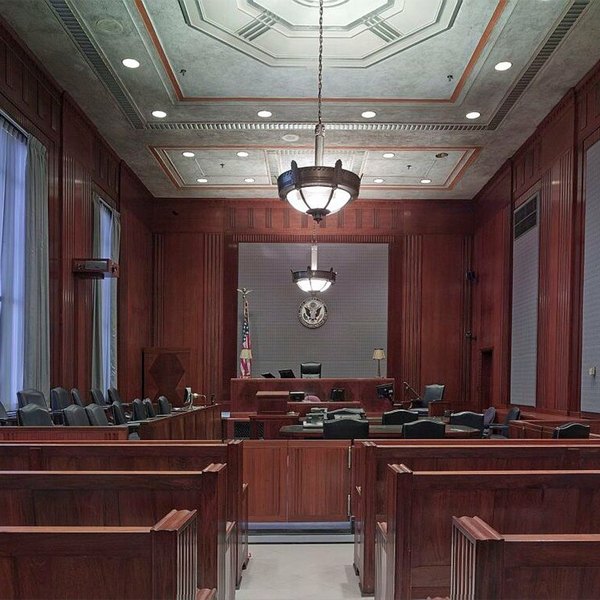 You may not especially care how you avoid a DUI conviction, as long it’s avoided. But be prepared to work with your DUI attorney to identify the best, most relevant defense possible for your case. Defending against a DUI can come in many, many forms.

I shouldn’t have been stopped in the first place!

Police can’t just pull you over without having witnessed you doing something wrong or clearly suspicious. You might see cops on TV saying, “I’ve got a hunch,” or “Call it a gut feeling,” but neither of those things is valid. If you were doing everything right and nothing was wrong with your car, no evidence from a stop without “reasonable suspicion” is admissible.

They didn’t do my field sobriety test right!

If the tests aren’t done properly, the evidence from them can be suppressed. In fact, even if the officer was intimidating, disrespectful or inappropriate during them, that can offer up a defense. Plus, there are countless reasons you might “fail” a sobriety test. Maybe you can’t walk heel to toe because you have vertigo or are wearing spiked heels.

They said I didn’t pass the field tests, but yes I did!

The Florida Supreme Court has ruled that field sobriety tests aren’t actually scientific tests. They’re just exercises…games really. Your St. Augustine DUI attorney can try to get the judge to limit how the officer talks about these “tests” to avoid making it seem like legitimate pass/fail science. Turns out walking a straight line heel-to-toe and leaning back and touching your nose with your eyes closed are not normal daily activities sober people do. Go figure.

My blood test was faulty!

These tests have to be done by a trained, licensed phlebotomist as soon after the arrest as they can. Did you know it takes 45 minutes to 3 hours for alcohol to get fully absorbed? This means you may not be legally impaired while driving, but a blood test much later might suggest you were. Your blood alcohol content will go up between the stop and the test. Too long a wait or a inadequately trained technician might be your best defense. They also have to protect the integrity of your blood sample after the test. You should also know you have a right to arrange and pay for your own private, independent blood test. If they inhibit access to this in any way, the court should suppress evidence of their blood test.

The machine was broken!

Officers do everything they can to make sure this defense is not available to you. Every machine, mobile or at the police station, is to be inspected monthly and then again annually. In fact, even if a machine is moved to a new location, it has to be tested and verified at the new location. Still, your DUI lawyer can pull all the maintenance records of the machine you tested on and see if that’s your ticket out the door.

I have a medical condition!

In addition to the vertigo mentioned earlier, plenty of conditions can make you look drunk. If you’re slurring, that could be from a neurological problem. Red, watery eyes could just be from allergies or sinus problems…even crying. And there’s a diabetic side effect called “ketosis,” which can put the smell of alcohol on your breath and even affect breathalyzer results. Some dieters actually try to achieve ketosis. Some people can’t blow enough air into a breathalyzer for it to work. The officer may assume you’re being uncooperative, but maybe you’re a COVID-19 survivor. And by the way, driving while tired is not against the law. The NHTSA says if you’ve been awake 24 hours, you’ll act the same as someone with a BAC level of .10.

My rights were violated!

There are many rules regarding the conversation an officer can have with you, and a particular order in which things must occur. Miranda rights violations [link to Miranda rights post] can lead to evidence being excluded.

I took a plea deal! I didn’t know what I was doing!

Unless you consent, investigators can’t question you without your St. Augustine DUI lawyer present. What they can do is try to avoid trial by pressing or intimidating you into accepting a plea bargain. If you made such a deal outside of protocol, that plea can be overturned.

That’s not me in the video! Or…where’s the video that proves me innocent?

Inauthentic documents, recordings, or photos might pop up during your trial as possible defenses. So might missing video. First of all, a dashcam video by itself isn’t enough. The officer whose camera it was has to testify they were really there, the defendant is indeed who’s on the video, and the recording happened at the time and date of the arrest. If dashcam video turns up missing, you can claim that was evidence you needed to exonerate yourself. Missing video has become suspicious and can create reasonable doubt.

I had to drive. I didn’t have a choice!

You might have a good case if you were driving in order to prevent something worse from happening. Like maybe taking someone who’s having a heart attack to the ER. You didn’t intend to drink and drive, circumstances forced you into it.

I didn’t know I was drunk!

That actually doesn’t sound like a very good defense, but courts in Florida have ruled before that involuntary intoxication is a valid defense. Maybe you had legitimate reason to believe the impairing effects of your prescription medication had worn off, but tests show it had not. Maybe someone spiked a young girl’s drink at a party. Tough to prove but possible to try.

How can I be guilty of DUI? I wasn’t even driving!

Most states don’t require proof that the vehicle was actually in motion. You’ve probably heard many tales of someone being arrested for just sitting in or sleeping in their parked car. Sitting behind the wheel, having the keys nearby, counts as “in physical control” of a vehicle while intoxicated.

Impossible, right? But if the officer did treat you badly or conduct the stop improperly, it’s probably not the first time they’ve conducted themselves that way. Your DUI lawyer will check the officer’s record for any internal affairs reports or disciplinary proceedings. Juries don’t like bad cops either.

There are options, but don’t assume or guess what your best defense should be. Keep the name and number of Shoemaker Law, DUI lawyers in St. Augustine, at 904-872-SHOE in your wallet or phone and let them be the experts.