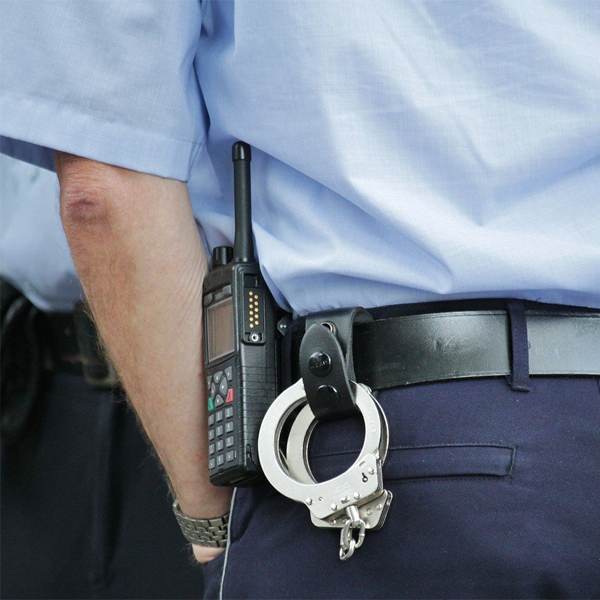 When you get pulled over, the officer is doing a lot more looking and assessing than talking.

Fans of comedian Jeff Foxworthy are probably quite familiar with his “You Might Be a Redneck If…” routine. It’s quite a laundry list of telltale signs that you are of a certain breed of American. So in that spirit, and as DUI lawyers in St. Augustine, we wanted to give you a look at some equally telltale signs a police officer might notice that mean you might be headed for a DUI arrest.

1. Weaving, driving too slowly, being random with turn or hazard signals, or God forbid even giving the cop an arm signal to go around you, these are all red carpet invitations to get pulled over and assessed more thoroughly. Keep it between the lines Kevin Harvick.

2. If you fail field sobriety tests like breathalyzers or walking the line, you might be headed for a DUI arrest. The first thing you have to decide is should you willingly take a field sobriety test [link to Will I Lose My License if I Refuse to Take a Breathalyzer blog post]? But if you do and give a convincing performance that you left sober in the rear view mirror, here come the cuffs.

3. Alcohol on your breath. When you’ve been smelling alcohol all night, it’s really hard to tell if you have booze breath. It all smells normal to you. But to an officer standing in the fresh air when you roll down your window…not so much.

4. You’ve got an open container in the car. Seriously? I mean, I know nobody plans on getting pulled over for DUI but if you keep evidence this visible, you’re just trying to get a free night’s accommodations and lose thousands of dollars.

5. Few things are as intimidating as a police officer shining their light in your eyes. But that’s exactly what they’re going to do. And if those eyes are red, glassy, bloodshot or watery (in addition to looking scared), suspicion only goes up. You can tell them you’ve been crying because you lost money on a football game, but I doubt that’s going to work.

6. Rosy cheeks and a healthy glow might be desirable for Hollywood starlets, but if your face is red, splotchy, or flushed, the only paparazzi interested in you will be your mug shot photographer. Be aware of how drinking at different levels makes your face look.

7. Slurring or not speaking clearly. No one’s asking you to give an eloquent commencement speech, but if you can’t make your mouth work well enough to distinguish vowels from consonants, you might have a problem.

8. If you don’t quickly understand what the officer is asking you or telling you to do, you’re going to be hard-pressed to prove it’s just because they have poor communication skills. In fact, they may talk faster or repeat things quickly and sternly to gauge how aware you are of the world around you. You also better know what time it is and where you are…and they don’t let Siri help you with that.

9. Ever wonder why officers make you take your license out of your wallet? It’s partially a field sobriety test. If you make getting your registration and proof of insurance out of the glove compartment and extracting your license from your wallet look like a lab chimp putting a puzzle together, you’re in trouble.

10. Getting out of a car shouldn’t look like someone learning a new skill. If you struggle to find the door handle, make the door seem like it weighs a ton, wobble on your way out, or immediately lean against the car for support, your next ride might be in the back seat.

11. Did you know that sometimes, drunk people get obnoxious? It’s true! Now granted there are plenty of sober obnoxious people, but if you cop an attitude to the cops, they just might suspect it’s being fueled by liquid courage. Plus, this often helps showcase any slurring or inability to make sense you might have.

12. Mom always told you to wear clean underwear unless you’re in an accident, but what she may not have told you was to always dress neatly so you don’t look trashed. No one’s looking for a cover model for GQ or Cosmo, but wrinkled, smelly or messed up clothes sometimes get taken as a clue you’ve been out partying a long time and stopped caring hours ago.

13. And, of course, you might get busted for DUI if…you’re wasted. Sometimes there’s no conspiracy against you and the police aren’t just out to get you. Sometimes you’re a danger to yourself and others and you’ve got it coming.

These aren’t things an officer just happens to notice. They are highly trained to deliberately look for each of these indicators that you’re probably not safe to be on the road. Before you get behind the wheel, why not run this assessment yourself, or have a friend do it, before the officer who can lock you up gets a chance to?

But if the worst happens, you’re probably going to be upset and not thinking too clearly. Take precautions in advance and put the name and number of Shoemaker Law, DUI lawyers in St. Augustine, at 904-872-SHOE in your wallet or phone today.