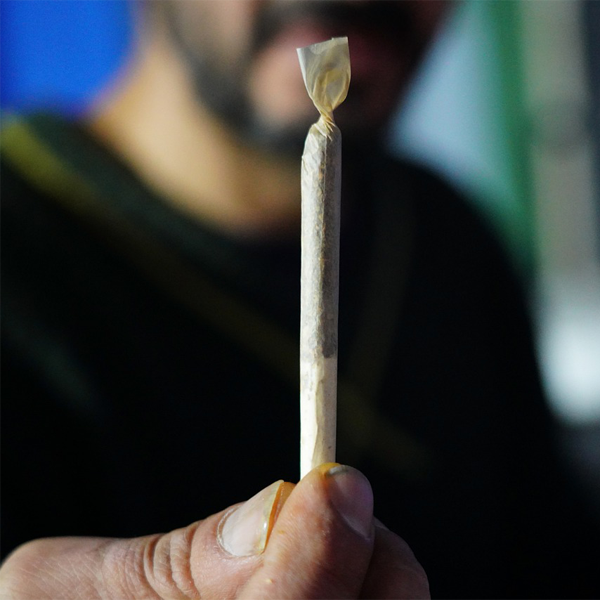 Alcohol isn’t the only thing that can have you calling your St. Augustine DUI attorney. But law enforcement does have a tougher time convicting for marijuana DUI. Here’s why.

Celebrity DUIs usually make the news. Most recently, actress and comedian Tiffany Haddish was arrested on a DUI charge in Peachtree City, Georgia. Police got a 911 call about a driver falling asleep behind the wheel of a 2021 Ford Explorer around 2:30 in the morning. Even before the call, an officer saw her allegedly stop in the road. She reportedly refused a breathalyzer test so was immediately arrested. But it wasn’t booze she was suspected to have been under the influence of, it was marijuana.

While her defense could have been stronger (she was sad about Bob Saget dying), she’s certainly not alone. In the United State, marijuana is one of our most commonly used drugs. People use it for medical reasons. People use it to have fun. People use it to relax. And people drive while under the influence of it.

And yes, it can impair your ability to drive safely, so people do get pulled over by officers who have probable cause to do so. The experience is pretty much similar to getting pulled over for suspected alcohol DUI, which is why when you choose a lawyer to call and defend you, it’s vital that you have an experienced St. Augustine lawyer specializing in DUI.

That said, it’s far more challenging for prosecutors to get a conviction of driving under the influence of marijuana. Not only is getting a conviction difficult, just getting usable test results to do so is a problem. Because…

There are currently NO industry standards for measuring marijuana intoxication levels.

First things first. Is marijuana legal in Florida? The answer is – partially. Recreational marijuana is illegal. But in 2016, the good people of Florida passed Amendment 2 legalizing medical marijuana use for people with certain conditions. Those conditions range from cancer to glaucoma to PTSD. If you’re cleared for a medical marijuana prescription, you’ll get a Medical Marijuana Use Registry Identification Card.

So Florida has said that’s fine. But Florida has not said that you can get high on marijuana and get behind the wheel. The card is not a free pass to drive impaired. This isn’t unique to marijuana either; there are plenty of prescription drugs that warn users against driving while under the effects of that drug.

Because the mentality should not be to “get away with it,” let’s examine what marijuana does and why it’s irresponsible to drive while using. THC is the active ingredient in marijuana that causes the psychological and emotional effects. It unleashes dopamine, which gives you a relaxed, euphoric feeling. But don’t go rushing out to try it, because not everyone’s experience is pleasant. It can also make some people anxious, afraid, panicked, or paranoid. In high doses, it can make you lose touch with reality and even hallucinate. Your senses, focus, and judgment become clouded, your motor skills affected, and being in this state lowers your inhibitions such that you’re more likely to take chances. If you’re using marijuana while you’re drinking, the effect of the alcohol is intensified. You’ve just doubled your chances of drunk driving.

But let’s say you use and drive anyway and get pulled over. If you have a medical use card, you still have problems. If you have marijuana and it’s not prescribed, you’ve got even bigger problems. An officer may smell marijuana on you or see open evidence of it in your car. But that doesn’t necessarily prove you used it. Some kind of testing is called for.

Fans of our blog should already be well-aware that DUI charges are possible with a blood alcohol concentration of 0.08 or higher. An officer may put the suspect through Standardized Field Sobriety Tests (which are foolish and should not be agreed to). And/or there’s breathalyzer, blood, and urine testing. For alcohol, those tests have a long history of being leveraged to get successful convictions in court. The procedures have been around a long time, and the measurement standards required to “prove” intoxication are pretty clear. For marijuana, not so much.

While blood or urine tests can detect marijuana, they can’t really reveal when that marijuana was used. Traces of THC can hang out in your body as long as 75 days. How the THC gets into your body affects how long it stays there. For instance, edibles may keep THC in the system 6-8 hours, while inhaling it can range from 45 minutes to a few hours. With variables like that at play and no way for the officer to know when or how the THC was ingested, it becomes extremely difficult to prove the timing of use and intoxication based on THC presence and its correlation to the traffic infraction that got you pulled over.

It’s also possible for tests to produce false positives because there are legal products in your system like certain pain medications and over the counter supplements. Even some medical conditions like kidney infections, diabetes, or liver disease can also lead to false positives.

You’d think those things alone would make it hard enough to convict for marijuana DUI, but remember, in Florida…

There are NO standards for measuring THC levels in people charged with marijuana DUI.

This absence of standards is going on at the same time more and more states are legalizing even recreational use of marijuana, which naturally is going to increase the number of people driving while impaired. Alcohol being legal certainly helps keep the number of drunk drivers, DUI convictions, accidents, and deaths as high as they are today. It’s likely to assume increased legal marijuana use will be no different. Some states have started trying to implement their own medical testing standards. In Colorado, you’re “intoxicated” if you test above 5 nanograms of THC per milliliter of blood. States like Pennsylvania and Illinois, where only medical marijuana use is allowed, try to prosecute DUIs if there is any trace of THC in the system at all.

All of this might give you the false impression that you can use marijuana and drive without any realistic threat of legal consequences. But it happens every day. And when you are charged with marijuana DUI, the procedures and fines and penalties and lingering devastating effects on your life going forward are all the same as an alcohol DUI. No matter how high you are, it should not be laughed off or taken any less seriously.

Your St. Augustine DUI lawyer will mount many of the same legal defenses as they would for an alcohol DUI. But they’ll likely lean into some marijuana-specific defense opportunities such as an inaccurate positive test result due to equipment or medical factors (you should tell your lawyer about ALL drugs and supplements you’ve been using), acknowledging THC in the system but casting doubt that you were still impaired from it, and making sure prosecutors don’t attempt to apply chemical test results as a “gotcha” when Florida has no legal standards for THC intoxication.

If you do wind up arrested and charged with a DUI, be it from alcohol or drug use, you’ll be at least a little shocked and panicked. The last thing you want to do is have to find a great lawyer from scratch. Keep the name and number of Shoemaker Law, 904-872-SHOE, in your phone at all times. We’ll be the friend you hope you never need.