What to Expect in Jail After a DUI Arrest 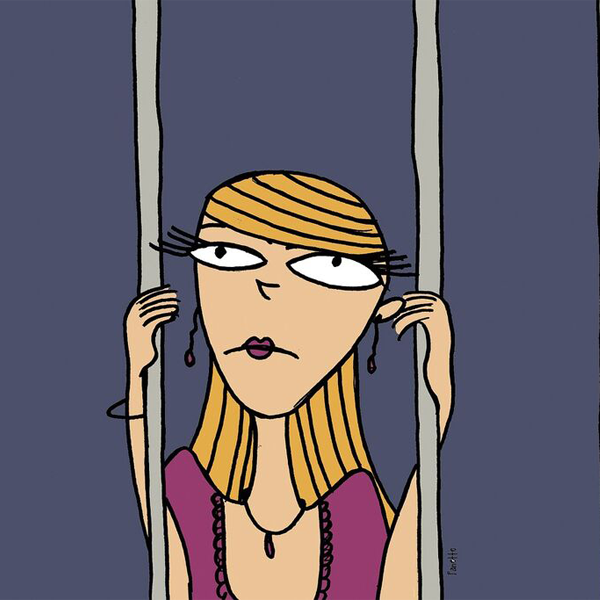 You don’t get to control anything. And nobody is going to care how you review your stay on Yelp.

When you think of life’s unpleasantries to avoid, you think of Yoko Ono concerts, root canals, and dinners with that couple that only wants to talk about politics. But right up there on the list is going to jail after getting arrested for a DUI. As much advice as your St. Augustine DUI lawyer can give you on how to handle yourself during a DUI stop, and how to handle your DUI case in court, the jail experience is something you largely must endure alone.

Jail is part of the deterrent to drinking and driving. It’s meant to be unpleasant. Depending on your personality and how often you’ve been in jail, it often goes beyond unpleasant and becomes downright traumatizing. The experience greatly depends on where you get arrested and by whom. Some jails are so overcrowded, you might not even go. You’re released on your own recognizance. But most of the time there’s plenty of room for you, and the law enforcement arm insists on you being their guest.

After your handcuffed ride in the back of a police car, you’ll be escorted into the facility and the booking procedure begins. It’s the first sign (well, maybe the second) that “who you are” no longer matters. Being booked into jail is a great equalizer. You are no better than anyone else there. In fact, we wouldn’t recommend that you act like you are.

Your control, and a significant bit of your pride, vanishes. Your time is no longer yours, or valuable. The booking process can take hours, again depending on how busy your jail is. But it doesn’t matter, because you aren’t going anywhere anyway. Nor are the officers in any great hurry.

You’ll be thoroughly searched. Your personal property, like your wallet, keys, and phone, will be taken away from you. They may also take away your belt and shoelaces. They’ll get personal info from you so they can run a background check to make sure you don’t have any outstanding warrants or to find out if you’re on parole. You’ll be fingerprinted, have your mugshot taken, and get a booking number.

They key to “success” through all this is to be polite and cooperate. Don’t demand anything. Don’t criticize the officers or the process. Don’t make threats about how you’re going to sue everybody. Even if the officers are extremely rude, deal with it. Answer all the questions necessary for booking but no more than that! If you’re asked anything about the details of your case, say you’re going to wait for your St. Augustine DUI attorney to answer any such questions.

You should know that you are not entitled to a DUI attorney during booking. Being booked into jail is not considered a “critical stage” of your prosecution. It’s seen as nothing more than an administrative procedure. However, because officers know this, some might try to get info from you that can be taken as a confession or used as evidence. As we’ll soon discuss, there are all kinds of reasons to keep your mouth mostly shut during the jail experience.

Now it’s time for you to go into your holding cell. If you’re lucky, you’ll get one of your own. Otherwise you’ll go into what’s commonly known as the tank, where others who have been arrested for all kinds of offenses will get to hang out with you. Whether it’s for a DUI or any other offense, there are a few tips you should remember to make your stay as safe and tolerable as possible:

The arrestee only getting one phone call is a movie myth. When the officer says so, you can make all the calls you want. Call your St. Augustine DUI lawyer, call a loved one, call a bail bondsman…whatever you need. Just use proper phone etiquette so you don’t upset other inmates. Strange advice in these modern times, but you should go ahead and memorize the few numbers you might want to call. If you have to call collect, try to make those landline numbers since cell phones sometimes won’t take collect calls. And just assume that all the calls you make from jail are recorded.

No doubt, your dominant thoughts from the moment you arrive will be, “How fast can I get out of here?” We mentioned bail. It’s a financial guarantee that you’ll show up in court when you’re supposed to. If you do, you get your bail money back. Otherwise, you lose it and get arrested. If you can’t afford it or have no one that can bail you out, a bail bond agent can cover it for a non-refundable fee of 10-20% of the total amount. They might require collateral in case you jump bail so that they take on no risk. It’s a darn good business.

But even if you can post bond and bail out right away, should you? A typical DUI arrest has you in jail overnight with a release the next day. But in some states, even first-time offenders must serve some jail time. Let’s say you’re convicted and get a minimum 24 consecutive hours in jail, but you bailed out after about 12. You wouldn’t get credit for those 12 and would have to go back to do your 24 consecutive hours. A rapid departure could come back to bite you.

In some jails, you can stay in the main holding cells, and in your own clothes, for a certain period of time. After that, you’re made to change into jail garb and you may be moved to a more longer-term section of the jail. This, hard as it might be to believe, is a significantly worse place to be.

When you do get out, you’ll still have to exercise patience. The process to release you can take just as long as the booking process did. Pro tip: yelling at officers won’t make it happen any faster. Your personal property will be returned to you, but probably not your driver’s license. You might be issued a temporary driving permit so you can at least get your car out of impound. The permit can last until the court rules on suspending your license.

So overall, worst…vacation…ever. Avoid the experience at all costs. But now is the time to prepare for what you think will never happen. The biggest looks of anxiety in the tank come from those who have no clue what lawyer to call and who don’t have anyone’s phone number memorized. Put the name and number of Shoemaker Law, DUI lawyers in St. Augustine, 904-872-SHOE, in your wallet, phone, and head immediately.