Boating Under the Influence in Florida 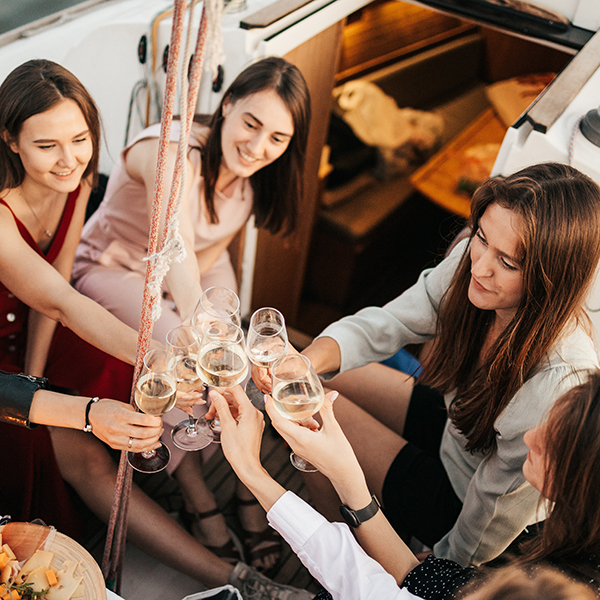 In fact, it’s often been assumed that being impaired while operating a boat poses an even greater risk to safety because most boaters don’t have as much time and experience on the water as drivers have on the road. On holidays, the inexperience factor really ramps up the danger. Florida is #1 in the country for annual boating deaths, and one-third of all our recreational boating fatalities involve alcohol. Most of the time, someone fell overboard or the vessel was capsized.

So yes, Florida will aggressively prosecute you for BUI. But did you know it’s not even against the law to drink and boat? Don’t let that lull you into a false sense of complacency. Because if you have too much, the same .08 BAC limit that applies to drivers also applies to those who are operating a watercraft. For those under 21, it’s .02 or higher.

What does “operating a watercraft” mean anyway? By law, it means anyone in charge of, in command of, or in physical control of a vessel, or who’s exercising control over or is responsible for navigation or safety while the vessel is underway. If there’s any question as to who’s operating the vessel, the owner or renter of the boat will be considered the operator. Even if you’re controlling or steering a vessel that’s being towed by another vessel, you’re technically operating it. The definition of “operating” actually came from a tragic accident right here on the St. John’s River in 1995. The Kelly Johnson Act redefined what it means to “operate” a vessel.

Being “underway” means any time the vessel isn’t anchored, moored, made fast to the shore, or aground. And you might just be surprised at what counts as a watercraft. BUI laws cover everything from speed boats to pontoon boats to sailboats to yachts to jet skis; even to canoes and rowboats!

You might be thinking it’s next to impossible for law enforcement to catch you intoxicated when you’re out on a boat. It’s not. Like police officers on the road, they have many reasons and ways they can stop your boat to subsequently encounter reasonable suspicion of BUI. First, there’s the obvious stuff like speeding or driving the boat in a dangerous manner. But law enforcement can stop and do standard safety inspections, during which they discover you’re wasted. You might also get stopped for violating a no-wake zone.

Once you’re pulled over and under suspicion, things very much start to resemble getting stopped on the road for DUI. Law enforcement has an implied consent warning for BUIs, and they’ll read you the paragraph applicable to the type of test they’re asking you to take; breath, blood, or urine. If you refuse, that’s a misdemeanor, you’ll get a civil penalty of $500, and your refusal is admissible in court. They might also try to do on-site breath or field sobriety tests. As we’ve written about before, these are not valid tests of sobriety. You don’t have to do them. Politely refuse and say you need to speak with your St. Augustine DUI attorney. You also need to remember your right to remain silent. Typically, boaters who are pulled over are nervous and overly chatty. You can expect your vessel to be impounded. And you can expect to go to jail. The good news is they have to let you out if it’s been at least eight hours from the time of arrest, if you’ve regained your normal faculties, or if your BAC drops to 0.05% or less.

In Florida, if you plead guilty or no contest to BUI, it will be adjudicated as guilty. Your lawyer may be able to secure a lesser charge like careless boating, which is a civil infraction. The key for your defense lawyer is to know exactly what happened during your arrest to make sure the officer had probable cause and enough evidence to arrest you. Other defenses that can be pursued are illegal stops, improper field sobriety tests, and inadmissible breath results. Don’t bother thinking being on prescribed medication will get you off the hook. Florida law says if you were impaired, it matters little what impaired you.

Let’s say you’re convicted, what then? All the horrors and expense of a DUI, that’s what. Public shame, a criminal record, job in jeopardy, probation, more jail, fines, court costs, community service, alcohol courses, and losing your boat for a while. If there’s any consolation, a BUI conviction won’t have any effect on your driving record or privileges. However…it will count as a prior if you get a DUI or another BUI later on.

As for the damage you can expect:

Imprisonment of not more than six (6) months.

Not more than nine (9) months.

Third BUI outside of 10 Years of a Prior

Imprisonment not more than twelve (12) months

Imprisonment of not more than five (5) years.

If you had a BAC of .20 or above or a passenger under 18, the punishments are enhanced:

Imprisonment up to nine (9) months.

Imprisonment up to twelve (12) months.

Fine of not less than $2,000 for a third or subsequent conviction.

Second BUI Within 5 Years of a Prior

Imprisonment of not less than 10 days (with at least 48 hours of the confinement being consecutive).

30-day impoundment or immobilization of the vessel

Third or Subsequent Conviction within 10 years of a Prior

Imprisonment of not less than 30 days (with at least 48 hours of the confinement being consecutive).

90-day impoundment or immobilization of the vessel

Under Florida law, if you enter a plea of guilty or no contest to BUI, monthly reporting probation is required. A DUI course and psychosocial evaluation are imposed in all cases as a condition of that probation. The court can waive treatment depending on how the evaluations turn out. The court can also let you serve all or part of a jail term in a residential alcoholism or drug abuse treatment program. Any time spent there is credited toward your imprisonment time.

Finally, if there was an accident or injury involved, you can expect problem beyond the criminal ones. A water vessel operator can be held liable for personal injuries and property damage through a civil suit.

We get it. Nobody wants to spend money on lawyers. Nobody wants to need a lawyer. But when you factor in the potential increased costs of being poorly represented at what is a critical time in your life, a sound legal defense is the smartest investment you can make after a not-so-smart decision to boat while intoxicated. Put the name and number of Shoemaker Law in your phone right now as a just-in-case. 904-872-SHOE.