How Will Having a DUI Affect My Job? 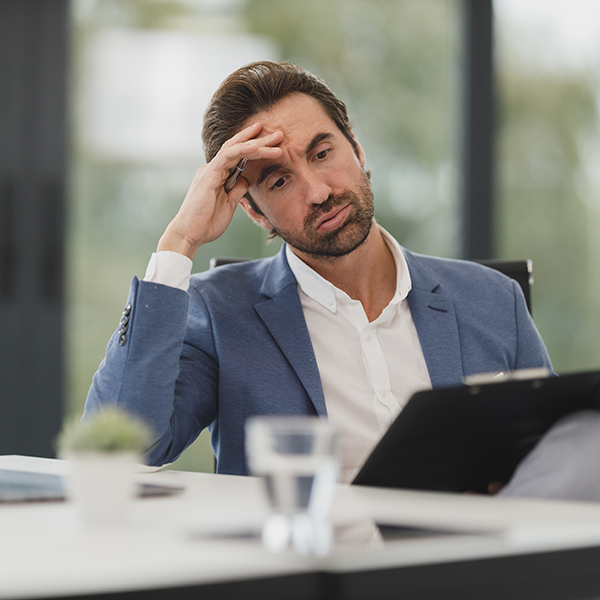 Losing your job because of your DUI adds more injury to your already existing insult and injury.

You probably don’t want too many people to know about your DUI. At the top of that list is the person who can fire you and a) put an immediate stop to your current livelihood, b) put you in the position of having to secure a new job with a DUI on your record, and c) potentially end a career you’ve spent a lifetime building. So how likely is it a DUI will get you fired? And what are the legalities around employment issues that your St. Augustine DUI attorney can help you with?

But all that’s true even for non-alcohol related issues. Your boss can fire you whenever they feel like it, for any reason, or for absolutely no reason. Florida is an “at will” employment state. Every state is except Montana. That means you can get fired any time no matter what you do or don’t do. The only way your employer can get into legal trouble for firing you is if you can prove you were discriminated against (very hard to do). Getting fired because you got busted for being wasted behind the wheel does not count as “discrimination.” The flip side to at will employment is you have the legal ability to quit your job any time you want to, for no reason.

So the question isn’t “can” you get fired after a DUI. The question is “will” you get fired for it. This depends on every individual’s personal circumstances. Your boss may have a DUI in their past and be sympathetic. Or your boss may have lost a child in a drunk driving accident. You may have a great relationship with them. Or they can’t stand you and have been looking for a reason to get rid of you. They may be willing to give you time off for jail time and community service, or they may not. They may let you stay because it was a first offense, it didn’t involve an accident or injuries, and you’re sincere about making changes. Or they may have a zero-tolerance attitude about it. If they’re understanding, cherish them, because that’s rare. DUI offenders often get zero sympathy from anyone.

But sometimes, no matter how cool and understanding your boss is, and no matter how much they like you, they’re left with no choice but to let you go. If you’re in any of these career fields, you can expect a firing (or a request that you resign).

There are many, many others. Sometimes, as with commercial truck driving, it’s obvious. Commercial drivers can’t get a hardship license, so they can’t drive during a license suspension. And the DUI charge stays on your DAC, which is seen by all future potential employers. Other times it depends on your specific role in the industry. But overall, if your DUI and the resulting shame and embarrassment has the potential to hurt the business, or if it creates a legal liability for the business, they’re going to let you go.

So now you’re fired and on the job market with a DUI on your record. That’s a grueling, borderline hopeless situation to be in, because every place you apply to work, you’re at the mercy of the background check.

You certainly aren’t alone. It’s estimated up to 25% of Americans have some sort of criminal record. People make mistakes. But because so many people make mistakes, one survey shows 92% of employers run criminal background checks when hiring. Maybe not for all positions, but at least for some. While some states do, Florida has no limit as to how far back an employer can look.

On most applications, you’ll get hit with the question, “Have you ever been convicted of a crime?” Sitting there with your computer or pen, you’ll agonize over how to answer the question. You can’t not answer it. At this point, many applicants decide not to continue with the application because, what’s the use? Some states have actually “banned the box” that asks that question on applications, but Florida isn’t one of them. However, some cities in Florida like Clearwater and Tampa have banned the box on public job applications.

If you were never convicted, you’ll cheerily check “no.” But that doesn’t necessarily mean your potential employer won’t see that you were arrested and charged. In Florida, employers can get arrest records if they specifically ask for them. They won’t show up automatically. This has been banned in some states, but not here. You, the applicant, have no idea if they’re going to go to arrest records or not. That puts you in a terrible position if you’re asked in the interview, “Have you ever been arrested?” You aren’t legally required to say yes if you weren’t convicted, but you still have to decide whether to be up front and honest or gamble that they aren’t pulling arrest records.

The truth is some employers run background checks. But some don’t, even though the question is on the application. Some say they do, but don’t really. Candidly, you have to assume they do. In fact, Florida actually incentivizes employers to run background checks. If they do and no problems show up, but then you later hurt somebody, the employer is protected from a negligent hiring lawsuit.

There are laws around how employers can do background checks. If they deviate from these laws, your St. Augustine DUI lawyer might be able to help you out.

In Florida, the expungement or sealing of a DUI record is only allowed if the charges were dropped, dismissed, or you were found not guilty. If you’re successful in getting your case sealed or expunged, that will stop the DUI from showing up on an employer’s background check, but it’s still going to stay on your criminal record.

Like credit reports, sometimes criminal background reports contain errors. The companies that run background checks for customers are required to take reasonable steps (whatever that is) to make sure the info they’re distributing about you is accurate and current. You dispute a company’s findings. If you do, the agency is required to conduct a reasonable (again, whatever that is) investigation. If errors are found, the agency must tell you and everyone they provided your report to about the errors.

But background checks aren’t just limited to potential employers wanting to surface your legal problems. They create headaches in a multitude of other ways. For instance, they’re used to determine admission into professional associations or grant professional licenses. There’s a little good news here. Florida law prohibits state and local agencies from denying you a license, permit, or certificate to engage in a profession or industry based on a prior conviction, unless it was a felony or first-degree misdemeanor and it’s directly related to the work you’d be doing. Checks can affect your home life since they’re used for housing and homeowner association approval and insurance purposes. Schools check parents who want to volunteer. Nosy neighbors can easily pay to pull up your criminal history online; getting removed from such sites is expensive and/or impossible. Students can get their financial aid suspended, or even suspended from class for a DUI charge. And a DUI can get you thrown out or denied entry into the military, or it can affect your ability to get military promotions.

In short, it’s a nightmare. As scary as things like jail, big fines, DUI school, community service, and higher insurance rates might be, there’s nothing as long-lasting and spirit-crushing as being unable to provide for yourself and your family because of your criminal record. Often it only leads to desperation and even more criminal activity.

As challenging as a DUI arrest is, and with as many serious things to consider that it presents, you do not want to be without a St. Augustine DUI attorney. They’ll work to get your case dismissed or minimize the charges that go on your record. And they can advise you on things like challenging a job firing or how to fill out applications and answer interview questions. But don’t wait until you’re in a rush and a panic. Talk to and secure your attorney asap. You can always start by talking with us, Shoemaker Law, at 904-872-SHOE.