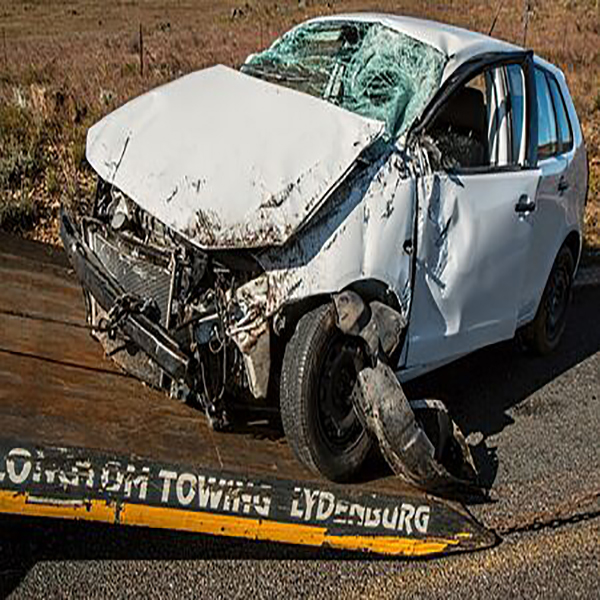 True stories of people who though the exact same things you do now right before their lives were ruined forever.

Make no mistake, a good St. Augustine DUI lawyer, including Shoemaker Law, will represent and defend you to the best of their ability after a DUI arrest. That includes giving an honest assessment of your case, advising you on the best possible course of action, and negotiating and working toward the best possible outcome.

But frankly, we’d rather not HAVE to have you as a DUI client because we’d rather you never, ever got behind the wheel while intoxicated in the first place. Honest…we have other lines of legal practice. We’ll be fine. We don’t need you to go out and create another DUI case for us to defend.

Nobody ever thinks they’re going to get arrested for DUI. Nobody plans to get arrested for DUI. Not enough people are aware they’re “not okay to drive.” And nobody goes out for a night of drinking with the intention of hurting or killing someone. But it happens and it’s the most tragic thing you’ll ever hear about. Lives completely destroyed in one instant after one bad decision, and because somebody wanted to get (at least) a good buzz on.

On a beautiful day, a little after 9:00am, 18-year-old Brandy Graff took off in her stepfather’s Mazda to Narragansett beach with a girlfriend and a 24-pack of Budweiser. Brandy says, “We drank in the car on the way to the beach and for the next several hours on the sand.” On the way home, they decided to hit a college kegger before meeting up with Brandy’s boyfriend. A few towns away, 95-year-old Dora Mastracchio and her 86-year-old sister, Vicky Riccio, 86, had been dancing at the local senior’s club. Afterward, Dora’s daughter, Karen Bucci, suggested they go out for chowder and clam cakes. After an early dinner, the three took a scenic drive along the waterfront. Sometime before 6:30pm, Brandy and her friend left their party. She careened left on the two-lane road, slamming head-on into Karen’s car. Karen hurt her ankle and broke her ribs, Vicky died at the scene, and Dora died of her injuries three days later. Brandy woke up a day later, handcuffed to her hospital bed. She was arraigned right there on multiple felonies, including reckless driving resulting in death. She was taken to the state correctional facility, fingerprinted, photographed, and held a few hours until her parents posted bail. She spent the next two years out on bail, awaiting her sentencing through a plea bargain. She made herself to go to community college classes and outpatient drug and alcohol treatment. “I didn’t want to go out in public. I was so ashamed. I felt like prison was where I belonged. There are times I just wanted to die. When you do something like what I’ve done, you try to figure out how to fix it. But there is no solution.” A month before her 21st birthday, Brandy was sentenced to 15 years, with at least 10 to serve. The friends her life used to revolve around don’t write or visit. Her mom comes to the prison and brings takeout three times a week.

Nicole remembers the last normal day of her life. She and her friend Melissa went shopping for a baby shower gift then decided to go out and celebrate her new job at a hair salon, a career she was excited about and looking forward to. At 7pm, she started with a vodka tonic at T.G.I. Friday’s, where Jennifer, a girl she knew from beauty school, waitressed. A group went to a friend’s house to wait for Jennifer to get off work. When she arrived at 11pm, Nicole drove her, her best friend, Kyle, and another pal to a bar. She was underage and had a fake ID but didn’t get carded. She shared a Long Island iced tea and doesn’t remember ordering more drinks, but Jennifer says she had a vodka and 7 Up and a shot of Jagermeister. The group then walked down the street to another bar, where Nicole had another Long Island iced tea. When the bars closed, some of them decided to meet at another friend’s house a few short miles away. So about 2am, Nicole got behind the wheel of her 2000 Camaro. Kyle and four other guys squeezed in — Kyle, A.J., and Matt M in the backseat, Sean crouched in the hatchback, and Matt R in the front passenger seat. Halfway there, the Camaro veered to the right and spun around, jumped the sidewalk, kept spinning, and smashed into a tree. The car was nearly torn in half. Nicole had internal bleeding, a lacerated liver and spleen, a punctured colon, glass embedded along the right side of her head, and four back fractures. The three boys in the backseat — Kyle, A.J., and Matt M — were dead. Sean was thrown out of the hatchback and found unconscious 20 feet away. Matt R. had knee, wrist, and back injuries. Nicole’s BAC was almost twice the legal limit, even though she’d already had a drinking-and-driving scare a year before when her car got stuck on a median during a U-turn. She blew a 0.06, over the limit for someone under 21, but the officers let her off with a warning. The morning after the crash, she woke up in ICU to see her friend Melissa, who told her “Not everyone is OK.” During her six days in the hospital, her parents didn’t talk much about the crash. Once home, reality set in. “I tried to sleep, I just wailed into my pillow. My mom heard me a few times, and she’d come in and cry too. I didn’t want to get up or eat. People in town directed a lot of anger at my family and me, and a few friends ditched me. When my parents went to the others’ funerals while I was still in the hospital, people stared coldly. I was also trying to come to grips with the fact I could be going to prison for 15 years or more. How had this happened? I was a normal girl, getting my cosmetology license, having fun with friends … and all of a sudden, I was headed for a state penitentiary.” Nine months after the crash, Nicole pled no contest to three counts of vehicular manslaughter while intoxicated in return for a six-year prison sentence. “In the morning, family and a few close friends came to the house to say good-bye — it felt as if I was seeing them for the last time. Then we all went to court, where the parents of the dead boys told the judge how agonizing it was they’d never hear their sons laugh again. Some said they could never forgive me. I spent those first hours of my sentence lying on a metal bench in the freezing cold. I’d never felt so alone. My parents live 100 miles away and visit once or twice a month. I was a happy, regular person, and now I’m in prison. It never crossed my mind one little choice could have such a devastating impact.”

Jessica Rasdall and Laura Gorman were both 18 and the best of friends, had been since kindergarten. They were both college freshmen and even worked at the same restaurant. One night after their shift, they went back to Laura’s dorm, then decided to go out dancing. With Jessica driving, they headed to the club, where women 18 or older got in free. After a bit, a man working at the club called them over to the bar and asked if they were 21…because it didn’t matter. He had the bartender get them drinks, then shots. They left at 3am and one mile from Laura’s dorm, the car went off the Interstate and down a hill, crashing into a broad tree. Both women were wearing seat belts. Jessica says she woke up in the car on the side of the road. “I didn’t know where I was, who I’d been with, I couldn’t remember anything. I saw somebody was sitting in my passenger seat. The person’s face was turned away from me. I shook her arm. And deep down I knew the person next to me was dead.” Laura had died of blunt force trauma to the head. At the hospital, as Jessica was being prepped for surgery, she heard an officer talking to her mother and only then realized who her passenger had been. “I was screaming, screaming ‘I killed my best friend!'” Tests showed Jessica was nearly one-and-a-half times the legal limit. Jessica’s family was told not to come to the funeral. To this day, the two families, once close, no longer speak. A month after the accident, Jessica was arrested and charged with DUI manslaughter. The Gormans sought the maximum 10 to 15 years in prison. After entering a plea, Jessica was handcuffed, shackled, strip searched and booked, sent to jail until her parents posted bail. “I was in this uniform that said ‘maximum security inmate.’ And I was like, I could be spending 10 or 15 years of my life like this. What happened?”

Just three of a million stories. And they all seem to have a few striking similarities. Friends. An innocent night out. Engaging in an activity our society has normalized as adult and acceptable. No one truly watching out for them to make sure they didn’t overdo it and put themselves in a dangerous situation. Innocent victims. Broken-hearted family members put through hell. Imprisonment. Lives altered forever. Lasting pain and trauma.

No, you’re not planning on anything like this happening to you. None of these people were either. Never thought it was a possibility. In short, the price of drinking and driving is just too high. We want you to never need us. But if you ever do need a St. Augustine DUI attorney, have one already chosen and ready to act on your behalf. Shoemaker Law, at 904-872-SHOE.