Can You Beat a Breathalyzer Test? 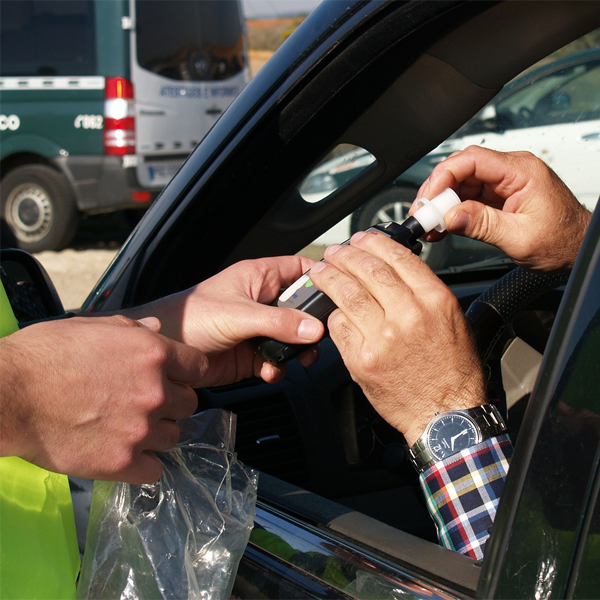 “Exhale. Keep exhaling until I tell you to stop. Congratulations, you blew it.”

For as long as people have been drinking and driving and combining those two activities to varying degrees, there have been strategies and myths to “beat” law enforcement’s roadside breathalyzer testing. In the old days, it was peers coaching each other on best practices should you ever get pulled over. Today it’s a cottage industry of theories and tactics posted on the Internet.

But instead of buddies and total strangers, why not seek the advice of an experienced St. Augustine DUI attorney? After all, defending you from a conviction and lessening the penalties if you are convicted are a DUI lawyer’s stock and trade. They work in your best interest.

The first question to be answered is “should you even take a roadside breathalyzer test?” And the answer is no. But believe us when we say this is a very difficult thing to say no to and doing so comes with punishments completely separate and unrelated to any potential DUI.

When you got your driver’s license in Florida, you made a deal with the state. The “Implied consent law” means you gave, in advance, your implied consent to submit to any test a law enforcement officer who pulls you over wants to give you. So when you refuse to take it, you’re breaking that deal and you’re going to lose your license one year, no matter what happens with your DUI case. Refusing is not an indication of guilt of DUI, but it is, in and of itself, the commission of a separate violation, and right in front of the police.

Your refusal to take a breathalyzer is not going to make the officer who pulled you over happy…at all. But they can’t force you to do it. And it’s going to go on your record so that if you ever get pulled over and refuse again, you’re going to lose your license even longer, probably 18 months. You can challenge your license suspension within 10 days of the arrest if your St. Augustine DUI lawyer thinks there’s a high chance of success.

Refusing will also almost guarantee you’re going to be arrested and taken into the police station, where you won’t have much choice other than to be tested via either blood, breath, or urine. If they do give you a choice of which of those three you want to do, choose the breathalyzer. That has the best chance of giving your defense lawyer something to work with later.

Since you’re deliberately making trouble and losing your license by refusing to take a breathalyzer and it guarantees an arrest, you might wonder what makes refusal worth it. You may have heard that it’s every U.S. citizen’s right to not offer up self-incriminating evidence. When you take a breathalyzer, you’re volunteering to give a prosecutor all the evidence they need to convict you of DUI. You’re helping them. Don’t incriminate yourself, let your DUI lawyer justify your breathalyzer refusal in a hearing.

The important thing for you to remember is to be as polite and respectful to the officer as you’re refusing the breathalyzer. Even if you don’t say “no,” there are still certain things they can liberally interpret as a “refusal” to take the test. If you can’t give two good breath samples in the time given, or if you give two samples that aren’t within .02 of each other then refuse a third, they can tag you with being uncooperative, abusive, argumentative, and refusing to take the breathalyzer test.

The next question you might ask is are breathalyzer tests legitimate and accurate? Did you know a breath test doesn’t even directly measure the amount of alcohol in your blood? And even if it did, your blood alcohol content at the time it’s tested is irrelevant. What really matters is what your BAC was at the time you were driving. So you can see why waiting until the police can arrest you and get you back to the station and test you there creates a disconnect between those two time markers. Is that because you’ve had time to sober up? Nope. In fact, just the opposite. Your body is still absorbing alcohol up to three hours after you drink, so your test at the police station, it can be argued, was inaccurately much higher than what it may have been while you were driving.

Then there are all the arguments that can be made by your defense that other factors made the breathalyzer test unacceptable as definitive proof of DUI. If you have conditions like GERD, acid reflux, or heartburn, these all affect breathalyzer readings. If you’re on a high-protein, low-carb or KETO diet, breathalyzers can give falsely high BAC readings. Radio frequency interference has been known to cause problems with testing machines. Some have RFI detectors but many of those are blind to certain frequencies. The machine itself could be faulty. Many states establish an error rate, so if your reading is within that margin, the result is a lot easier to contest. And lastly, there’s the inconvenient fact for the prosecution that not all of our bodies are alike. Your St. Augustine DUI defense might be able to show your BAC and alleged level of impairment were so incompatible, the BAC evidence can’t be trusted.

Which brings us to our last question, can you “beat” a breathalyzer? And our answer is yes, but only by legitimately having a BAC under .08% and passing it. Anything other than that counts as attempt to trick breathalyzer tests, not beat them. We’re sure you’ve heard many of these strategies.

Trying any of the above won’t accomplish much other than giving the officer who pulled you over a good laugh. They’ve seen it all.

In summary, the two best ways to “beat” a breathalyzer is to 1) not drive if there’s even a chance you’ll blow over a .08% (never before have there been so many good options to get home safely without driving). And 2) stay aware of your rights if you get pulled over and have an experienced DUI specialist’s name and number already in your phone or wallet. We’re happy to be that specialist. 904-872-SHOE.