Ways to Avoid Getting a DUI 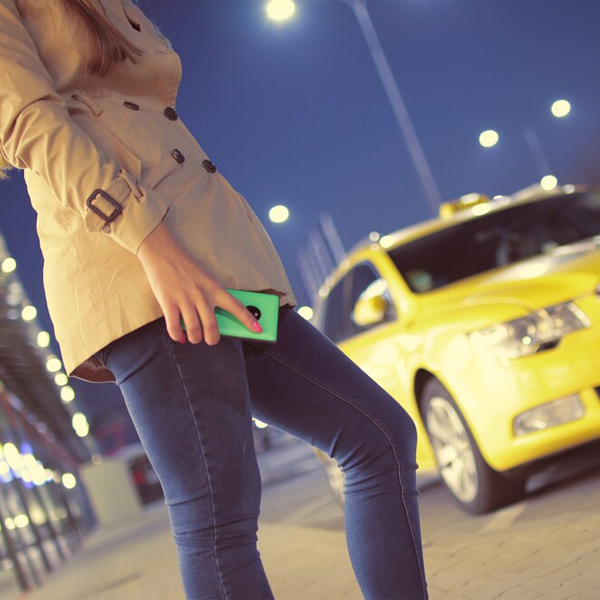 The holiday party season is just around the corner. Here’s how to make sure it’s not a memorable time mostly because you got arrested and convicted.

More than 40% of traffic-related deaths during the holidays involve drunk drivers to some degree. Especially here in St. John’s County, Halloween really kicks off the big party season, but as soon as Fall weather enters the picture, we tend to really hit our decks and boats and patios…and bars.

We get it. Nobody plans on drinking and driving. And without question nobody plans to get arrested for DUI. But as any good St. Augustine DUI attorney will tell you, making a plan in advance is exactly what you have to do to protect yourself (and others) legally, financially, professionally, and personally.

The reason people don’t think ahead in this manner is, they think it’s some kind of admission they have a serious drinking problem because they’re “planning their drunks.” That’s not it at all. You’re just being smart, responsible, and pragmatic by having a contingency plan. Having homeowner’s insurance does not mean you’re addicted to setting houses on fire, does it?

So here are the things you can line up, in advance, while you’re sober, to make absolutely sure there’s not even the remotest possibility you’ll go through the life-changing nightmare of a DUI or worse, hurt someone.

The first and most obvious; a time-honored tradition. Believe us, the establishment you’re in will gladly call a cab for you (if only to protect themselves!) But just in case, keep a cab company’s phone number stored in your phone. Make it as easy as possible for you to call one, even if impaired. If money’s an issue, set aside money for a cab in advance that you won’t spend on drinks. If you’re tapping into your cab money because you want more drinks…that’s a sure sign you probably shouldn’t be driving home. Another good plan is to take a cab to the place you’ll be partying. That way your car isn’t even there and there’s no way you can make the bad judgment call to drive it home.

We have Uber and Lyft in St. Augustine. Put the apps in your phone right now if you haven’t already. Prices are competitive with, if not cheaper than a taxi. And both apps let you split the fare between you and your friends if your whole group needs to get home. The same advice for cabs pretty much applies to the rideshare companies.

Hear us out. Yes, St. John’s County is a car town. But it really is possible to inexpensively get from point A to point B via public transport. The Sunshine Bus Company serves the St. Augustine, St. Augustine Beach, and surrounding areas, as well as Hastings and Flagler Estates. It’s even a flag-down system, which means you can jump on a bus at most safe street corners along the routes. Speaking of routes, there are seven. Take the time to study the routes that come near where you’ll be partying. The good news is one-way trips are only a buck (50-cents if you’re 60 or over). The bad news is service stops at 8:05 p.m. and service is even more limited on Saturdays and holidays, which is curious in a town like ours. But…because we’re a tourist destination, we also have trolleys, carriages, pedicabs, and private vans. We don’t want falling-down drunk people scaring tourists on the trolleys or carriages, but if it gets you closer to home without driving, it’s an option.

This isn’t as hard as it sounds. In most groups, there’s at least one person who’s not that big a drinker, or who can have fun while staying sober. Just don’t stick them with the job every time. And treat them like a king/queen by buying all their food and sodas.

If you’re out and you know you have no business getting behind the wheel, and there’s no one sober around you that can give you a ride home, call a family member or friend to come get you. Depending on who they are, this might be a little embarrassing (especially if it’s your mother-in-law), but they will not mind. They’ll be glad you called and did the right thing.

Okay, most bars and public places aren’t going to let you curl up under the pinball machine and spend the night. But if you’re at a house party, sometimes staying overnight extends the fun. Just make sure your hosts sincerely say you’re welcome to do so and be an extra-courteous guest (don’t throw up in all their vases or sing loud songs you learned in the Navy until 4am).

If there’s a decent hotel nearby, walk to it, book a room, and make a pampered evening of it with hot showers, movies, maybe even room service. A comfy bed and fluffy pillows for a couple of hundred vs. a cold steel holding cell and $10,000 in fines and DUI costs…you choose.

You be the host. Have friends over, and if a big part of the thrill of going out is meeting new people, have everyone bring someone who isn’t a normal part of your group. And don’t forget to tell everyone they’re welcome to stay over if they have too much.

9. Have a drink close to home

If there’s a bar within walking distance, you’ll obviously want to make that your preferred one. But even if you’re driving, the closer to home the better. That increases your options of getting home inexpensively without driving and makes it easier to retrieve your car later.

10. Know yourself and keep things from going too far

Chances are, it won’t be your first time going out drinking ever. You have a good idea of your history and tolerance level. You know when it becomes “too much.” Eat, and drink lots of water while you’re at it.

11. Have a St. Augustine DUI lawyer ready to go

The reason we encourage you to have a plan before you go out drinking is because you don’t want to make critical decisions AFTER you’ve become intoxicated. Inevitably, those will wind up being very, very poor decisions. And as you’ve seen here, there are many ways to avoid drinking and driving. In fact, part of the reason those arrested for DUI get little sympathy and few breaks is, legitimate excuses for doing it are virtually non-existent. But if it does happen, you won’t want to be quickly and desperately looking for a lawyer. Put the number of Shoemaker Law in your phone right now, 904-872-SHOE. Even better, talk to us for free about our approach to defending DUI arrestees and make sure we’d be the right representation for you.