DUIs and Commercial Drivers in Florida 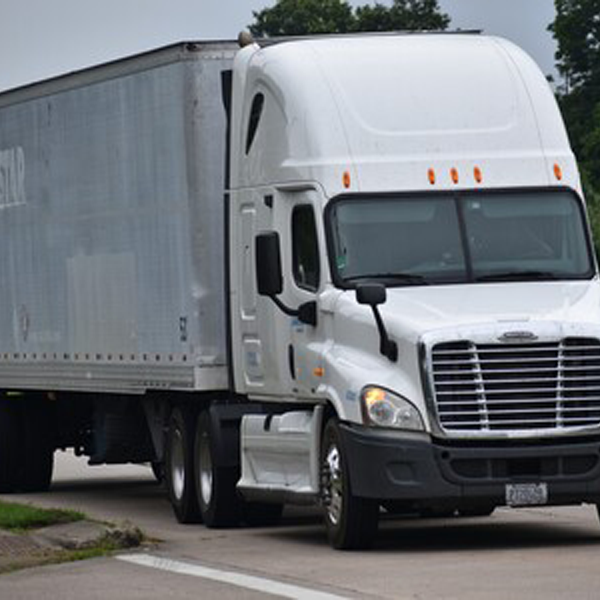 DUIs are bad enough, but if commercial driving is your livelihood, that livelihood can be gone in the blink of an eye.

If you drive for a living and get a DUI in your personal vehicle, you’re probably justifiably worried about your commercial driver’s license (CDL) and getting fired. If you get a DUI while actually driving a commercial vehicle, you probably feel like you’re dead meat and that’s all there is to it. Make no mistake, it’s a bad set of circumstances, but there’s still good reason to call a St. Augustine DUI attorney.

There’s a lot to know about DUIs as they relate to commercial drivers and CDLs. They’re even more complex cases to navigate than other DUIs, so the more help you have, the better. No one expects you to know as much as a lawyer, but here are some things to keep in mind about protecting your CDL in the event of a DUI.

First of all, federal regulations typically establish the rules around CDLs. The states have to enforce the CDL laws, and they’re almost identical in every state. That’s the good news for law enforcement. The bad news is – arrests and convictions of professional drivers holding CDLs is quite rare compared to DUIs in general. There are special things the officer must do at the stop when a CDL is involved, and since they don’t encounter such incidents very often, they can easily get things wrong…which gives you and your St. Augustine DUI lawyer a defense.

For instance, we’ve written about implied consent in previous posts, but there’s a special, second implied consent warning officers must give CDL drivers. The special warning is that if you decline to submit to a breath or urine test, you’ll have your commercial driving privileges suspended 12 months for the first refusal and permanently for a second breath or urine test refusal. And your refusal can be entered into evidence in your criminal case.

You’ll get a notification stating your CDL has been disqualified, whether or not you’re qualified to get a driver’s permit, and if your CDL was suspended. Unless they say you’re ineligible, this notice serves as a temporary’s driver’s license good for 10 calendar days from the date of the notice. You have these 10 days to request an administrative hearing to defend your driving privileges, so having an attorney ready and acting quickly is key. This temporary driver’s permit will not authorize you to drive a commercial truck or vehicle.

Now is probably a good time to tell you what qualifies as a “commercial” truck or vehicle.

In Florida, the holder of a CDL can be subject to administrative penalties or charged with DUI under any of these situations:

You read that right. If you have only .04% blood-alcohol, half the .08% to get in trouble as a regular vehicle driver, and you’re driving a commercial vehicle, you can get arrested and convicted of DUI. That might not sound fair, but the idea is that commercial vehicles, given their size and power, have the potential to create much more catastrophic damage if someone who’s been drinking at all is behind the wheel. The Florida statutory presumptions of impairment that apply to blood or breath alcohol results don’t apply to commercial vehicle alcohol offenses. But the prosecutor can still bring a prosecution for DUI.

So let’s say you get a review within the 10-day time frame that you’re allowed to petition for one. In an informal review, you petition in writing to the location on the back of the notice form, including your full name, address, driver license number date of birth, work and residence phone numbers, the county where the disqualification happened, and the date of the disqualification notice. The review is confined to an examination of the materials you submit plus law enforcement’s evidence. You petition for a formal review the same way, and if you get that, you get to be heard and present witnesses.

After the formal review, the administrative hearing officer will decide if there’s enough reason to amend, sustain, or revoke the CDL disqualification. If things don’t go your way, all is not lost yet. You can appeal the decision by petitioning the court for Certiorari to the proper venue within 30 days after the order.

While your attorney will do everything they can to minimize the damage, there are no tricks or gimmicks that will protect your CDL license and your record. There is no taking a driver improvement course to avoid a conviction. You can’t enter a diversion program to keep a conviction off your record – that’s called “masking” and federal authorities really don’t like attempts to circumvent federal commercial driving regulations.

If there’s any ray of hope at all, it’s that it is still possible to carry a CDL after a DUI. You’ll have to wait until your disqualification period passes, of course. And you’ll pay an additional disqualification reinstatement fee. The real trick is going to be finding an employer who’ll give you a driving job with this on your record. The farther back your DUI occurred, the better your chances. Just don’t be shocked if you’re loading trucks for awhile instead of driving them.

As we said, CDL issues can get really complex and time matters. That’s why the smartest play (next to not drinking and driving) is to have a St. Augustine DUI attorney chosen and in place for these nightmarish, unexpected incidences. At least put the name and number of Shoemaker Law in your phone right now. 904-872-SHOE.