What Gives an Officer “Probable Cause” to Pull You Over? 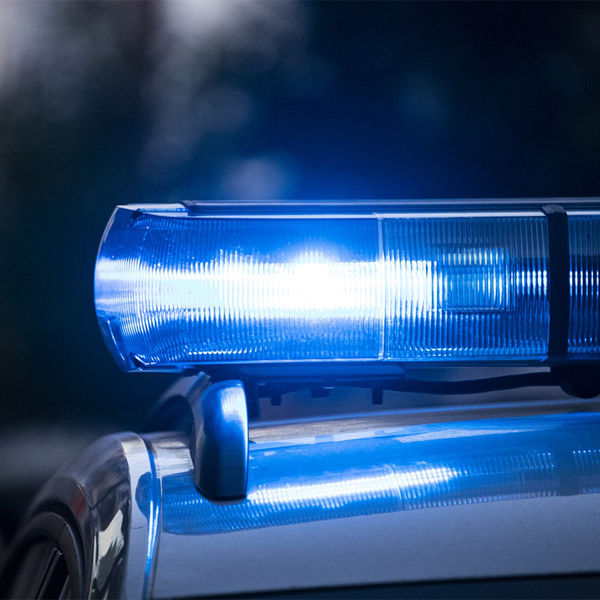 Before law enforcement can get you for a DUI, they have to be able to pull you over and detain you…legally.

I’ll bet those were the first words out of your mouth the last time you got lit up by a law enforcement officer pulling up behind you. You may have even included some words we can’t use in our blog posts here at Shoemaker Law.

It’s a good question because police can NOT pull you over for no reason. If they want to pull you over, or search your vehicle, or arrest you, they have to have what’s called “probable cause” that you committed a crime. Without it, they have no business stopping you, questioning you, searching you, or detaining you.

Probable cause, often used interchangeably with the phrase “reasonable suspicion,” is some apparent fact or something that happened that would leave any reasonably prudent person to believe a crime is being or has been committed. It’s a wobbly definition. What constitutes “probable”? What constitutes “reasonable”? Who counts as a “prudent” person? In the real world, it’s assumed ALL law enforcement officers are prudent people and “reasonable” is far too often whatever they say it is.

However…officers are under obligation not to violate your Fourth Amendment rights against unreasonable search and seizure. So they have to justify, including to the court, stopping or arresting you. They have to point to specific facts that led them to suspect a crime was happening. And while it may seem directly contradictory to the Fourth Amendment, police actually CAN stop you without reasonable suspicion at DUI checkpoints.

But let’s say the officer sees you doing something like making an illegal turn, straddling the center line, drifting into other lanes or onto the shoulder, braking too much, driving much slower or faster than the speed limit, stopping in the middle of the street, swerving to avoid other cars, or stopping before or after a stop line. Any strange or illegal traffic maneuver at all, in the officer’s own judgment, can give them cause to pull you over. As you can tell, it’s pretty easy to legally pull over even the soberest of drivers.

Do they really care that you’re braking too much? Maybe, maybe not. But once they have you pulled over, you might get the feeling they were on a fishing expedition to catch a DUI. And you fish where the fish are, right? So yes, police can park outside of bars at closing time and watch drivers leave. They can’t assume they’re drunk and pull them over just because of the place and the hour, but 9.99 times out of 10, they’ll be able to spot some traffic infraction or error that gives them reasonable cause to pull you over and check you out.

Once you’re pulled over, being the sitting duck that you are, there are all kinds of things that can subsequently give police enough probable cause to begin a DUI investigation. Open container, visible drug paraphernalia, slurred speech, confusion, red eyes, flushed face, strong smell of alcohol or drugs from the car, etc. Now they can start drilling you with questions about whether, where, and how much you’ve been drinking, conduct field sobriety tests, or give you a breathalyzer test.

About those questions. If the officer asks, “Have you had anything to drink tonight?” most people will offer up what they think is a great answer. “I may have had a glass or two of wine at dinner.” How clever! The officer will commend you for being honest, but the confessed amount of alcohol won’t constitute further suspicion of DUI. Yeah, right.

If you answer with any form of “yes,” that’s all they need to move the investigation further. Provide your license and registration and proof of insurance, but as uncomfortable as it may be and as much as it may visibly anger the officer, you don’t have to answer a single one of their questions. Your rights under the Fifth Amendment protect you from self-incrimination. Be very polite and respectful when you refuse. Refusing is not a legal admission of guilt. Just say you’d like to speak with your counsel before answering any questions. If you have passengers, the officer may ask them to step out of the car and question each separately. If the answers don’t match up, that’s probable cause to search the vehicle (more on that in a minute) or detain everyone. Make sure your passengers know their rights too.

The officer can order you to get out of your vehicle. And they can frisk the outside of your clothing if they have probable cause to think you’re armed. Don’t physically resist but inform the officer you do not consent to the search/frisk.

About the tests. You also can refuse breath or blood testing and field sobriety tests as long as you haven’t been arrested yet. But you should know that refusing a BAC test is going to put you in some legal trouble, sober or not. Your license comes with your “implied consent” to be tested in such a manner, so prepare to have your license suspended. It’s a pain but helping the officer convict you of DUI would be an even bigger one.

Now let’s talk about searches of your vehicle or pockets or body cavities. If the officer has probable cause, they can search away. If they ask your permission to search the vehicle, that’s an indication they currently do NOT have probable cause. You can say no, but they’re counting on you being overly cooperative. Other than reading you your Miranda Rights when they arrest you, they aren’t going to help you by coaching you on your rights. They move fast, talk fast, and the idea is to confuse or intimidate you into making their DUI bust super easy.

Unless the officers are detaining you based on probable cause of a crime, you can actually leave at any time. Obviously don’t just flee the scene. Ask the officer if you’re being detained or if you’re free to go. If you’re arrested, clearly you aren’t free to go. An arrest is a (major) invasion of privacy, so the officer has to justify the arrest with facts. They can’t arrest you on a hunch. Most officer have body cameras now so video of your condition and conduct can show up in court as justification or partial justification.

Which brings us to the ways your St. Augustine DUI lawyer might be able to wage your defense. If the officer pulled you over without probable cause or reasonable suspicion, the stop and anything discovered after becomes inadmissible. Going back to our friend leaving the bar at closing time, if they did not commit any traffic infraction or drive suspiciously but got pulled over anyway, that’s an unlawful stop even if it’s discovered you consumed alcohol. Your attorney can claim you were pulled solely on the bias you were driving late at night. News flash…you have every right to drive at any time of day or night you want to.

If you were pulled over on the basis there was a problem with your vehicle like a broken brake light, but your attorney can show the vehicle was in perfect operating condition, that stop was illegal.

If you or your vehicle was searched without probable cause and you refused your consent to such searches, anything found is not admissible in court as evidence. Your lawyer will file a motion to suppress evidence.

But it’s time for a reality check. These types of instances and defenses are rare. They aren’t impossible, and they do happen, but understand that most law enforcement officers are well-trained and experienced. They know what will and won’t hold up in court as probable cause, they know the rules, they know numerous tricks to elicit cooperation and self-incrimination, and they know an officer’s word tends to be believed over that of the accused. They also know the burden is on them and the prosecution to establish there was reasonable suspicion or probable cause.

That’s why if there’s a probable cause defense possible, you’ll need a smart and experienced DUI defense attorney in St. Augustine who knows how to pursue it. And if that defense is not available, you’ll need one who knows how to explore other ways to defend you and/or minimize the impact of a DUI arrest and conviction. Don’t scramble at the last minute or grab a lawyer at random. Put the name and number of Shoemaker Law at 904-872-SHOE in your phone or wallet right this minute.