From Merry to Miserable: DUIs at Christmas and New Year’s 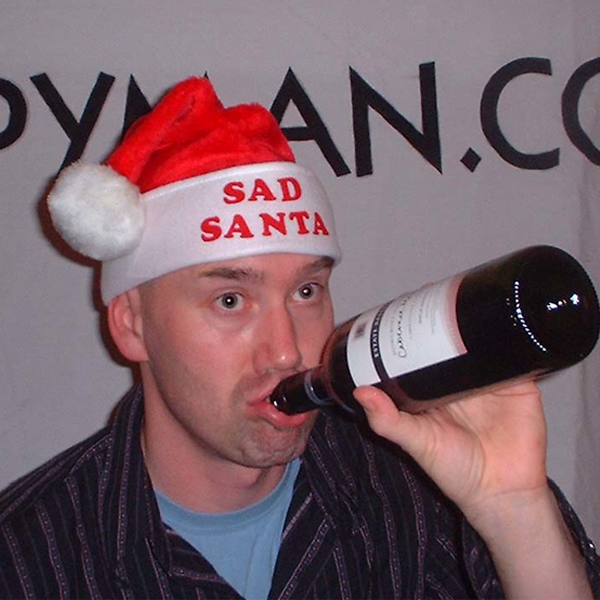 Like the song says, it’s the most wonderful time of the year. But if you’re careless in your celebrating, you’ll be remembering the holiday season for a DUI nightmare.

Not to be a grinch, but the Christmas/New Year’s holiday period is an annual minefield for legal problems related to drinking that will have you needing a St. Augustine DUI lawyer.

It Happens Every Year

Already ingrained in our culture and accepted as “normal” behavior for adults, the holiday season ramps up drinking and excessive alcohol consumption thanks to the accompanying multiple parties and gatherings. These include family parties, partying with friends, and company or office parties. All these occasions in which drinking is expected, moderation is not expected (“Eh, I’ll get healthy in January”), and the booze flows freely has real world results.

25% of adults admit that they drink more during the holiday season [Drivers Ed]. 51% of convicted drunk drivers said they drink more during the holidays. Only the Fourth of July regularly results in more extreme drinking. The Distilled Spirits Council of the United States reports literally one fourth of the $49-billion-a-year industry profits come between Thanksgiving and New Year’s [Alcohol.org]. US News & World Report adds that social drinkers face more temptation and pressure to drink more than they normally would.

And that’s just “happy drinking.” We all know the holiday season is often a time of extreme loneliness and depression for many, which results in excessive drinking with often tragic results. Money and family problems also tend to flare up during the holidays, creating stress that’s too often dealt with by drinking.

Put together, it’s a time of incredibly poor judgment. And that translates into people getting into their cars and driving while intoxicated. The statistics prove it over and over, year after year.

Because we never learn our lesson, experts have called drunk driving crashes and fatalities “eerily predictable.” They’ve remained largely unchanged in the past five years. As an experienced St. Augustine DUI law firm that’s been around a long time, we can also attest that the cases come in like clockwork during and after the holidays.

Know What You’re Getting Into

So if you’re going to drink during the holidays, you should at least know the conditions you’re up against when it comes to getting from one place to another without getting arrested or killing somebody.

Expect a significant increase in DUI checkpoints. If your strategy is that you won’t get pulled over because you’re an awesome driver and won’t give the police any reason to pull you over, you need to put that fantasy out of your mind right now. Not only are DUI checkpoints set up to randomly check you, even without a checkpoint, law enforcement rarely has a problem coming up with some “reasonable cause” to pull you over and check you out.

You can expect a lot more amateur drinkers on the road. Most Americans, and especially those who rarely drink, have no idea what high-risk drinking even looks like. They don’t know their own bodies or the effect alcohol will have on them. Their self-assessment skills are unpracticed and near-zero, which leads them to believe “I’m fine to drive.” First time DUIs are the gifts the holidays just keep on giving.

Depending on where you live, the weather for driving is probably not optimal during December and January, and that’s even if you’re a sober and skilled driver.

Overall, there’s just more traffic on the roads. Impatient, stressed people, both intoxicated and sober, whisking themselves from house to house and store to store and party to party.

You can see how any combination of these seasonal factors makes drinking and driving without getting caught a game with especially bad odds. Don’t even play it. And if you’re planning on trying your luck on a weekend, that’s an even worse plan. Over 30% of drunk driving fatalities happen between 12am and 3am on weekends.

You might wonder what kind of person would have a DUI on their record yet still booze it up during the holidays. The answer is a person who’s hardly alone. Alcohol Monitoring Systems monitored 450,000 DUI offenders for a study and found they increased their drinking 33% between Thanksgiving and New Year’s. And that’s when they were fully aware their alcohol consumption was being watched around the clock! So you can imagine what drinkers who aren’t being monitored are doing. Again, the ease and pressure to drink during the holidays is borderline overwhelming.

Tips for an Arrest-free Holiday

Believe us, we do not want you as a DUI client. We want you to not drink and drive and thus keep yourself out of legal trouble. That’s why we did a blog post about the many ways to avoid getting a DUI in the first place. Just a few reminders that pertain especially during the holidays:

We at Terry Shoemaker Law want to wish you a very merry and safe holiday season. We hope you use good judgment and make good choices, but if you don’t, never be afraid to contact us for the professional legal representation you’re entitled to. In fact, now is one of the best times of the year ever to put our name and number into your phone, 904-872-SHOE.