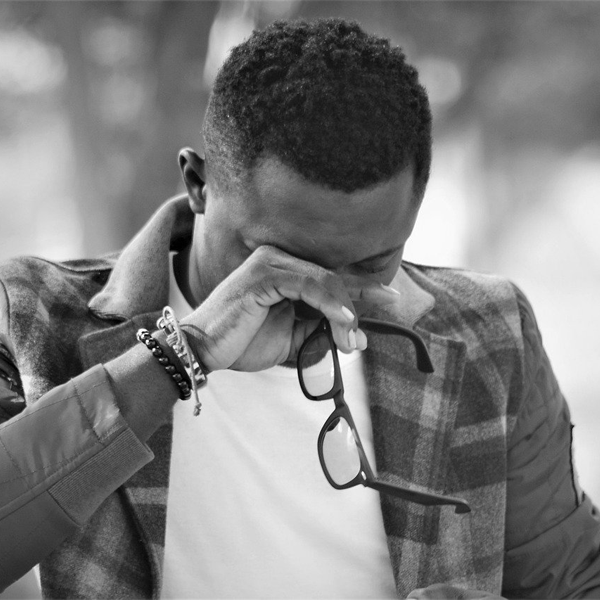 It isn’t minor. It isn’t “no big deal.” There is no, “I’ll just quickly deal with this and get past it.” A DUI arrest and/or conviction is a jarring, terrifying, long-lasting, extremely destructive life change. Not having a good St. Augustine DUI lawyer can be catastrophic even for a first offense.

You never thought you’d get arrested for drinking and driving. You didn’t set out to or mean to do it. You’re not the kind of person that gets in trouble with the law…for anything. You were just out enjoying yourself. Yet there you are on the side of the road, lights flashing behind you, handcuffed, on your way to jail, life changed forever.

Frankly, sometimes it’s hard being a St. Augustine DUI law firm. Time after time, we see good people who are most certainly not criminals, people who have literally never been in trouble with the law before, thrust into a seemingly unending nightmare.

But alcohol is the great criminal justice system ambassador. Meaning it cozies up to you as something legal that all adults do and that’s just a normal part of life and society, then positions you to in one moment of impaired bad judgment get thrown into a world that’s completely alien. It happens to people of all ages and backgrounds. Yes…many are guilty and must be held accountable. But the fact is, decent people regularly fall into a trap our culture sets…a relentless promotion of alcohol and drinking combined with a zero-tolerance drinking and driving policy.

Because it truly does completely change your life long-term, we defend everyone to the best of our ability no matter who they are, trying to minimize the damage first offense DUI charges cause as much as possible. We believe people make mistakes and should, after accepting a reasonable punishment, get a fair opportunity to live a good life with lessons learned.

But you should assume law enforcement and the courts may not feel the same way. Law enforcement is out on the roads every minute of every day zealously looking for drunk drivers. State prosecutors work very hard to prosecute anyone charged with DUI to the max. Judges don’t want to give any indication the state isn’t dead serious about drinking and driving.

Are all of these “mean” people who are just out to get you? No. But they have a job to do and they’re going to do it without restraint or hesitation. The state has tasked them with keeping people safe on Florida’s roads. If you are arrested and charged with DUI, they are not worried about protecting your interests or making life easier on you. That’s your St. Augustine DUI attorney’s job.

DUI laws in the state of Florida aren’t the strictest in the U.S, but they’ve sure gotten tougher over the past decade. And there are good arguments being made to make them stricter still. Why? Because Floridians don’t seem to be getting the message. More than 54,000 DUI arrests are made annually in Florida, with half ending in a DUI conviction. In 2017, DUI caused 839 deaths in Florida. One in three people are involved in an alcohol-induced crash in their lifetime. And more than 20,000 DUI offenders were re-arrested for driving on a suspended license in 2010.

But here you are, you’ve been arrested for DUI for the first time. You’ve probably run through the full gamut of emotions; scared, confused, anxious, angry, indignant, defensive, depressed, hopeless, embarrassed, et al. You’ve spent some time in jail, posted bond, had your license taken away and been given a temporary. Surely the worst is over, right? Hardly.

What happens to you now depends on the circumstances of your arrest. If you were over a blood/breath alcohol content of 0.08% but not 0.15%, didn’t have a minor with you in the car, don’t have a criminal record, didn’t cause property damage or bodily injury, or death, you’re looking at the least damage possible. Believe us, as bad as you feel, there are thousands of DUI arrestees out there who are much worse off and would be immensely grateful to be in your position.

If you weren’t even driving a car, you might be even more confused. But Florida DUI laws apply to cars, trucks, golf carts, boats, jet skis, motorcycles, bicycles…the list goes on. If you were deemed to be “in control” of the vehicle and were impaired, they can get you. You can be asleep in the car with the engine turned off (thinking you were doing the responsible thing) and that’s a potential DUI. If you have the key on you and you’re not even in the driver’s seat, but are the only one near the driver’s seat, that’s a potential DUI. There have been cases in our state of people being arrested for DUI when they weren’t even in the vehicle!

It makes you wonder why so many people think a DUI arrest could never, ever happen to them when frankly, it’s so incredibly easy to get one.

Your primary concerns are probably a) staying out of jail, and b) getting your license back. But you have oh so many more things to worry about.

The good news is, jail time beyond what you spend the night of your arrest to sober up is unlikely, especially if you’re a minor. But it’s very much at the judge’s discretion. For a first offense, you could get six months in jail. If you were over .15% or had a minor in the car, it could be nine months. If there was an accident involving property damage or minor injuries, you could get a year in jail. And if there was an accident involving serious bodily injury, you could wind up in jail five years. If you are sentenced to “jail” time, part or all of that sentence might be served at a residential alcoholism or drug abuse treatment program.

Getting your license back is a long and complex process. But imagine losing the ability to drive right now. How would that impact your life and ability to work? Losing your license is huge, and the necessity to drive is what leads many people to take a chance and drive on suspended licenses, which gets you even deeper into trouble (up to 60 days in jail and up to $500 in fines)! For a first offense, you’re looking at your license being suspended for up to six months.

From the time you’re charged, you’ve got 10 days to request a DMV Administrative Review Hearing. If you haven’t already chosen a St. Augustine DUI attorney in advance, you’ll want to do so early in this 10-day period. If you win the hearing, you get to keep your license (the dream). Challenging your suspension keeps your temporary driving permit good an extra 42 days.

You may have heard about getting a “hardship” license. But you have to suffer through 90 days of your license suspension before you’re able to qualify for that. If you get it, it only allows you to drive to and from work, school, a doctor, or church. If you refused two times to take a chemical test, you can’t get a hardship license. For a hardship license, you’ll need proof of enrollment in a DUI school, proof you’ve acquired the special additional auto insurance required, proof you’ve completed any drug and alcohol program ordered, then you get to pay an administrative fee, a reinstatement fee, and a license fee. Oh, and you’ll have to take the driving test again like a 15-year-old.

By the way, DMV offices are connected via computer, so don’t think you can just run up to Georgia and get a license and cheat the system. You’ll get caught and it will make things much worse for you.

Beyond staying out of jail and getting your license back, the other three buckets you should get ready to face are a) losing incredible amounts of money, b) losing lots of freedom, and c) fighting to stay employed or to keep an income coming in.

Professional estimates are that your first DUI can cost you up to $20,000. We think that might be a little low, but it breaks down like this.

Life isn’t going to be what it once was. In Florida, a DUI conviction will remain on your record 75 years so…for all practical purposes it’s a life sentence. With a DUI on your record, which does come up in criminal and employment background checks, you might not be able to get a passport or buy a firearm, get a professional license, rent a home, or work with kids. Getting a government student loan for college will be harder, and so will finding someone willing to employ you. Don’t be shocked if your current employer fires you after a DUI. As you’re starting to see, any hope of “getting through this quickly and putting it behind me” is wishful thinking. Just getting your case through the court system is going to take time, 3-6 months in rural or suburban areas, maybe up to year in urban zip codes.

And then there’s the very grave and serious question of, “Will I be able to work and support myself after a DUI conviction?” If your employer is understanding, they may keep you on. If you’re in a position where you’re borderline indispensable to the company, like a top sales rep, you might be safe. Outside of that it’s perfectly legal for your employer to fire you. Any future attempts at employment will involve the criminal background check that reveals your DUI, which makes landing a new job very difficult. Sometimes, a DUI forces people to start their own businesses or become freelancers so they don’t have to answer to anyone but themselves. On the sadder side, some people slip into lives of desperation, which often only leads to more criminal conduct.

But despite all of what you’ve just read, we’re here to tell you that you CAN survive a first offense DUI and go on to lead a full and happy life. Obviously with so many DUI arrests and conviction every year across the nation, plenty of people have done it. Your best chance for success is to retain a St. Augustine law firm that specializes in DUI. They can be by your side throughout the numerous aspects of the experience, guide you in your decision-making, and keep the impact of your DUI as low as possible. They might even be able to help you plead down to a lesser charge, get your case dismissed, or be found not guilty.

Put the name and number of Shoemaker Law in your phone right now. 904-872-SHOE. Because no one ever plans in advance to get their first DUI.