The Long-Lasting Stigma of a DUI 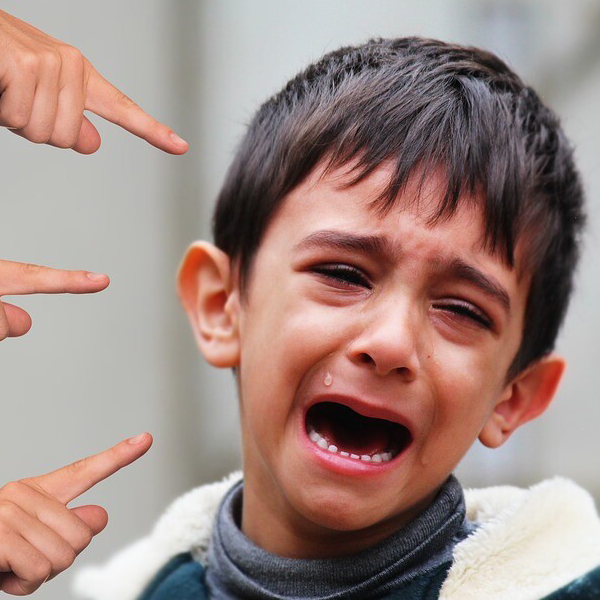 Sadly, the legal issues you’re facing if charged with a DUI are only part of what you’ll have to deal with. Be prepared for the larger impacts it could have on your life.

Sometimes, we get asked if having a St. Augustine DUI attorney is really necessary if the case appears “open and shut” on either side of guilt or innocence. And the answer is there is no circumstance under which you want to represent yourself. Not only because of the enormous benefits of having an experienced legal representative working to limit the damage as much as possible, but because most people in this situation simply aren’t able to think rationally and clearly.

Part of why they aren’t able to do this is they’re in utter shock at all the bad things that are suddenly happening all around them. Overnight, you’ve gone from being seen as a good person just living their lives, working at their jobs, and enjoying time with friends & family to a criminal and outcast. It’s extremely disorienting, as well as emotionally jarring.

Throughout history, one of the cruelest punishments inflicted on perceived offenders has been to banish them from society. To cut them off from the lives they used to live and the people in it. You may have heard that China has a social scoring system in which desired behavior is rewarded, but undesired behavior results in an extreme form of what we here in the US have only just started fleshing out, cancel culture.

If you’re arrested for DUI, you definitely may experience some level of getting “cancelled.” The way others see you, and even your own self-image, undergo a radical change. It is cruel, it is unfair, but it is very real and the impact of it can last long after all the legal issues of your case have been resolved.

Some Things to Prepare For

1) The court system won’t view you as the decent, upstanding person you know you’ve always been. You aren’t someone who made an innocent mistake. You’re the accused. You have been charged/indicted. And there’s a prosecutor trying to get you convicted and punished harshly. You’ll probably be asking yourself, “Why is everyone being so mean to me?” And while people in the court system conduct themselves professionally, they’re under no obligation to be kind or helpful to you. You can’t demand respect, and nobody cares who you are or what you do for a living. This is why having a St. Augustine DUI lawyer on your side is so critical. We’re the only ones viewing you respectfully or with any sympathy, and the only ones there helping you.

2) Your friends are probably going to start acting weird. You’ve embarrassed them. Even though they didn’t do anything wrong, they now share guilt by association. You’ll hear them say a lot of well-meaning, but stupid things. They’ll have all kinds of incredibly bad advice for you. “Normal” is out the window and now everything is just awkward. You’ll probably find them doing what’s required to appear supportive, but at the same time safely distancing themselves. If they do still hang out with you, the vibe and conversation won’t be the same. And they sure aren’t going to feel right meeting you for drinks.

3) Your family is also going to start acting weird. Probably the biggest punishment from getting a DUI is the pain you know you’ve brought on your innocent family. And that pain can take many forms. You’ve made life awkward and uncomfortable for your partner, parents, and kids. When they’re seen in public, YOU are what people are going to be whispering about behind their backs. There could be resentment. There’s the practical impact of having to drive you everywhere you need to go. There could be loss of authority as your kids view you a bit differently. And there’s the financial pain and stress your arrest has imposed.

4) Keeping your job or finding another one might become a living hell. First of all, if you think you can keep your arrest a secret, you’re dreaming. Arrests and mugshots get published. And there’s nothing faster than a workplace rumor mill. All of the court-ordered inconveniences you’re going to have to do, like court appearances, meetings with lawyers, screenings, community service, and parole check-ins happen on a workday 9-5 schedule. That means unless you work nights, you’re going to have to ask off of work to get all of these things done. Again, your employer might appear supportive and understanding. But they’re at the same time going to assume you “have an alcohol problem,” lose trust in you, and see you as a probable liability.

If your job requires even the illusion of being rooted in morals and personal conduct, you’re toast. Once fired, you might be legally discriminated against everywhere else you apply. Your experience and skill won’t even get into the batter’s box because your background check will give them all the excuse they need to choose someone else. Even if you have your own business, you might lose clients or customers, depending on what kind of business you have.

5) You’ll be easy for society at large to judge and condemn. That includes any clubs you might be a member of or any organizations for which you regularly volunteer. It just becomes so much easier to not have you around anymore as opposed to trying to explain away or justify why there’s a drunk driver in their midst. This conversation will probably resemble something like a strong suggestion you “take some time away for your own good so you can get things sorted out.” Inequitable as it is, the stigma and expulsion are typically worse for women, especially moms.

6) You’ll be going through all this knowing full well the unfairness and utter hypocrisy of it. Most people drink. Many, many of those people have driven while intoxicated numerous times, they just haven’t been caught. But it won’t matter to anyone that you’re being treated unfairly because it’s so easy to, as part of a mob piling on, put the Scarlett letter on someone. And the repulsion many people have to drunk driving in particular, exacerbated over the years by special interest groups like MADD, makes demonization fast and easy. Where is the same level of scorn for those who text and drive? And, of course, any future trouble with the law is going to be viewed through the lens of here’s someone with a DUI on their record.

All this might make surviving a DUI sound utterly hopeless, but it’s not. People get DUIs every day, and those people have gone on to lead perfectly happy and productive lives. Every negative thing above has its exceptions:

Ways to Help Yourself

Amidst their harsh judgment, there are certain things people expect and like to see from those who have made a terrible mistake. And if they see these things, their judgment and treatment of the accused tends to soften.

First, you should exhibit a full realization of how horrible your lapse of judgment was. Don’t downplay it or try to sugarcoat it.

Second, you should exhibit sincere regret for having done it. Show that you understand what could have happened and how much worse it could have been.

Third, you should exhibit a tangible commitment to making changes in your life as a result of your DUI. This could be an end to your drinking days, attending a substance abuse program…whatever you think is appropriate.

Fourth, if you continue to drink, you should never be seen overly intoxicated. And if you’re out drinking with friends, show them you’ve made clear advance plans to get home safely without driving. It will allow everyone to relax and have a good time.

The last thing you want to do is have to hastily shop for a St. Augustine DUI firm after you’ve been arrested and as you’re under assault from these harsh life changes. Choose BEFORE you need your lawyer and until you have, at least keep the name and number of Shoemaker Law in your phone. 904-872-SHOE.