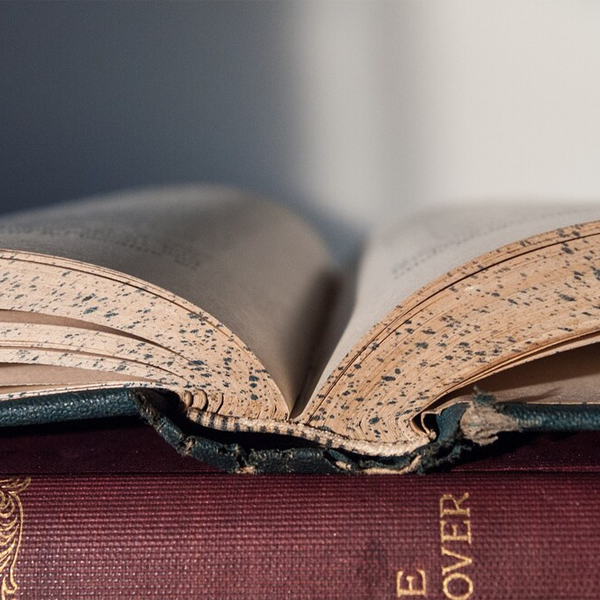 What you don’t understand CAN hurt you. You don’t have to know as much as your St. Augustine DUI attorney, but you should at least know what’s going on.

Ever traveled to a foreign country without learning at least a few commonly used phrases? It’s a pretty awkward and vulnerable feeling. You have no idea what’s being said, or what the people around you might be saying about you. You’re just kind of floating along, trying to get by.

Plus, the more informed you are about the terminology you’ll probably encounter in a DUI case, the more you’ll be able to help your St. Augustine DUI lawyer because you’ll better understand what they’re telling you (although good lawyers can explain everything to you in layman’s terms), and you’ll be able to ask them smart and relevant questions.

So let’s get familiar with these words that unfortunately, might now be a required addition to your vocabulary.

Absorption Rate: How fast alcohol goes into your blood stream after you drink it. A lot of things affect this rate, like how much food is in your stomach, what it is you drank, etc.

Acquittal: This is what you want. It means you’re found not guilty.

Affirmative Defense: It means you don’t deny the charge, but there are extenuating or mitigating circumstances that should be taken into consideration.

Alcohol: Oh come on, you’re really familiar with what that is. Any drink that can intoxicate you.

Appeal: You want a higher court to review your DUI conviction.

Arraignment: Your first appearance in court after your arrest. It’s where your charges are formally read to you, and you enter your plea. Don’t be surprised if your lawyer waives this appearance because it’s a formality.

Bail/Bond: To get you out, somebody has to put up money or property so you’re sure to show up in court when you’re supposed to. If you don’t, your former friend loses the money they put up.

Blood Alcohol Concentration: Or BAC. Or Blood Alcohol Content. It’s how much alcohol is in your blood measured as a percentage. Even though it’s called blood alcohol concentration, this measure can be obtained through breath or urine as well.

Blood Test: You might also hear it called a blood draw. They’ll take your blood and test it to see how much alcohol or drugs are in you. The test usually has to be taken within a couple of hours of your arrest.

Breathalyzer: It’s actually the brand name for many breath test devices. But it’s become so ubiquitous that all breath tests have come to be called “breathalyzers.” Kind of like what happened with Q-Tips. Poor “Intoxylizer” (another brand of breath testers).

Brief: The written document from lawyers to judges summarizing the facts of the case and citing the law that supports their case.

Burnoff Rate: How fast your body metabolizes alcohol. Things like your age, weight, how active you’re being, and genetics determine this.

Community Service: A required condition of many DUI sentences. You’ll get to partially pay your debt to society by picking up trash along the highway or working at a recycling center for a pre-determined number of hours.

Concurrent/Consecutive Sentences: Many people get these two confused. If you have more than one conviction, concurrent sentences mean you can serve them all at the same time. That’s better than consecutive sentences, which means when you’ve finished one sentence, you then start serving the next one.

Continuance: Your case or trial is postponed or rescheduled.

Conditional License: Also called a restricted or provisional license. You can use this during your license suspension so you can drive to work or DUI classes or other approved places.

Diversion: A good thing. It means instead of a trial and state criminal record, you got a diversion program like drug and alcohol treatment. You’re still on conditional probation though.

Dram Shop: This is a legal term for any place that serves alcohol. You’ve probably never said, “Let’s go down to the dram shop for a drink.”

Drugs: When it’s just referred to as drugs, they mean the potentially addictive or illicit kind, mostly a narcotic. But you can also be impaired due to Prescription Drugs that you are legitimately taking.

DUI Report: The form that documents your actions and statements if you’re suspected of DUI. It includes possible clues of impairment for field sobriety exercises (which are garbage. Never agree to them.)

DUI With Serious Bodily Injury: This means you negligently seriously injured somebody because of your DUI. This gets you a felony.

Enhancements: Not eyelash extensions. These are the things that make a DUI much more serious and introduce much harsher possible punishments into the picture.

Exclusionary Rule: This keeps illegally-obtained evidence from being used against you.

Exculpatory Evidence: This means the Prosecutor had some evidence that could establish your innocence or at least cast doubt on your guilt. Any prosecutor that has but doesn’t disclose this kind of evidence is in hot water.

Field Sobriety Evaluation: There are two kinds. Standardized are three evaluations the NHTSA has cited. They’re mostly agility exercises many sober people even fail which officers use to establish probable cause. Beyond that there are non-standardized evaluations an officer may try to get you to perform.

Hit-and-Run: You might also hear it as “leaving the scene of an accident.” It means you hit something or somebody and left. It’ll make your DUI a much bigger deal.

Homicide by Vehicle while DUI: If you caused the unintentional death of someone else because of your DUI.

House Arrest: Consider yourself lucky. It means they’re going to let you spend your jail time at home with a lot of restrictions instead of going into a correctional facility.

Ignition Interlock Device: Or IID. It’s a breathalyzer that’s put in your car and keeps it from starting if your BAC is over the legal limit. While it’s one of the “punishments” in a DUI case, it’s actually great insurance to make absolutely sure you never get a DUI.

Implied Consent: You already gave it. Just by having your driver’s license, you’ve agreed to take a BAC test if an officer wants you to.

Impounding: Your vehicle has been towed to some lot and you’ll have to pay to get it out.

License Suspension: The immediate suspension of your driver’s license when your blood or breath alcohol concentration (BAC) is .08 or higher, or if you won’t submit to breath, blood or urine tests. It also happens if you’re 21 and won’t do a portable breath test if the officer thinks you’re probably over .02. License revocation means you lose your license completely. If you want another one you’ll have to apply after a certain length of time.

Miranda Rights: You probably know this from all your TV watching. But most people still really don’t fully understand these Miranda rights and how and when to apply them. At least know this one, you have the right to have an attorney present before being questioned.

Nolo Contendere Plea: Also referred to as pleading “no contest” or “nolo”. It’s mostly used when a conviction looks likely, and you don’t want to go through the expense and hassle of a trial. You aren’t admitting guilt, but that really only makes a difference if you’re trying to protect yourself from additional civil litigation by someone harmed during your DUI.

Open Container: You’ve got an open container of alcohol in your car. Not smart. In most states you can’t do that, even if you aren’t driving drunk.

PBT: Preliminary Breath Test. A little handheld device that detects whether alcohol is present on your breath. Usually administered roadside.

Plea Bargain: This is when your DUI attorney is worth their weight in gold. They work out an agreement with the prosecutor so that the damage done to you is minimized to the fullest extent possible. The judge has to agree to any deals though.

Probable Cause: The burden of proof necessary to investigate. Your arresting officer has to see a traffic violation or equipment issue or acting on a report of a criminal act to light you up and pull you over.

Probation: A set of circumstances given to you that you must comply with for a certain period of time in order to stay out of jail or prison.

Reckless Driving: A common lesser charge some DUI cases can plead down to. It’s operating a vehicle in a dangerous manner.

Rising Curve/Rising BAC Defense: This might be the defense your St. Augustine DUI lawyer uses. Since it takes time for the blood to absorb alcohol and blood tests aren’t done for 30-60 minutes after your arrest, your BAC might register higher than it was when you were driving.

Risk Reduction: These are the schools or classes you’re often required to take that attempt to make it less likely you’ll repeat your DUI offense.

Toxicology: Science! Specifically the science that deals with the adverse effects of chemicals on living organisms, which you’re one of. A toxicology expert might be in court to talk about what effects whatever you had in you probably would have had on you.

Work Release: A probation program where they let you work, but you have to come back to the jail when you aren’t at work.

This is only scratching the surface. But don’t worry, you aren’t expected to be the versed legal expert. While knowledge is definitely power, it’s your St. Augustine DUI lawyer that will be the expert in all things DUI. But one thing you will be responsible for is choosing just who your legal representation is going to be. The sooner you have one in your corner as a “just in case,” the better. Put the name and number of Shoemaker Law in your phone right now. 904-872-SHOE.